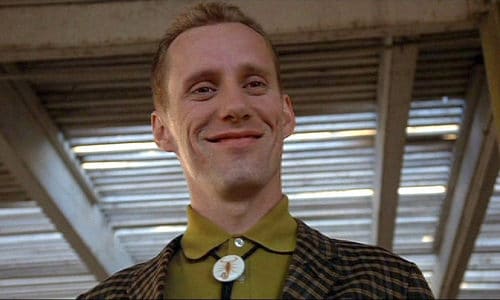 The conservative actor is no stranger to controversy. We’ve seen him battle it out with democrats and liberals over social media since Obama first got into office. The general attitude that James Woods give off is that he just doesn’t care what people think. He barrels on when faced with opposition, and he firmly believes in what he believes. He’s been on the hot seat lately on Twitter with the exchange he’s been having with actors Armie Hammer and Amber Tamblyn regarding his sexual and relational activities and some other topics. Here are five tweets from Woods that have enraged people just this month alone.

Woods wrote this in response to @_pochemuchka_’s statement about gay relationships being indecent while old guys trying to get with young girls might be more socially acceptable. Amber Tamblyn recently made a statement that Woods tried to pick her up and her friend when she was only 16 to take them to Vegas. Woods calls this a lie, of course, and the fight continues on Twitter to see who’s right and who’s wrong.

The first is illegal. The second is a lie. https://t.co/0jD1dvtInC

2. “As they quietly chip away the last barriers of decency.”

This was written in regards to Armie Hammer’s latest project Call Be By Your Name, which features a homosexual relationship between a 24-year old man and a 17-year old young man. We didn’t expect Woods to stay quiet about this one for long, and this is actually what began the feud between Woods and Hammer/Tamblyn. Hammer replied to Woods’ tweet with a question, “Didn’t you date a 19 year old when you were 60?” Certainly, Woods wasn’t referring to the age gap in his tweet but rather the point of homosexuality.

As they quietly chip away the last barriers of decency. #NAMBLA https://t.co/WqAnYxB604

Again, we knew this, but what got people riled up about this tweet is the context. Still regarding Hammer’s movie, many people responded to Woods’ original tweet with disgust and with blows against his history of dating girls that are at least 40 years his junior. Although, Woods tweeted this as a way to cap out the exchanges, he might have been looking for just more trolling regarding the subject. We can’t help but think he likes the attention.

Okay, now I want all my little trolls to put on their onesies and go to bed! Final word on this: I don't give a shit what liberals think.

4. “#DACA is a yet another voter fraud scam by the Democrats, pure and simple.”

On another topic, Woods voiced his opinions on the recent developments regarding DACA and the decisions that have been made on how to handle the matter. This tweet has been retweeted 11,911 times so far, and it’s clear that majority of the comments and likes are in agreement with Woods’ opinion. The opposition is outraged, however, as expected.

#DACA is a yet another voter fraud scam by the Democrats, pure and simple. #DemocratLarvae

5. “If he does not build the wall, he simply will not get reelected. If he does build it, he will win 2020 by a landslide. It is that simple.”

In one of his most recent tweets, Woods stated what he thought about a news article written by the AP regarding President Trump’s immigration plan. It’s obvious that Woods support the building of the infamous wall, and while there may be people that agree with him, majority of the tweet’s comments show the opposite.

If he does not build the wall, he simply will not get reelected. If he does build it, he will win 2020 by a landslide. It is that simple. https://t.co/HWVKC8MFtu