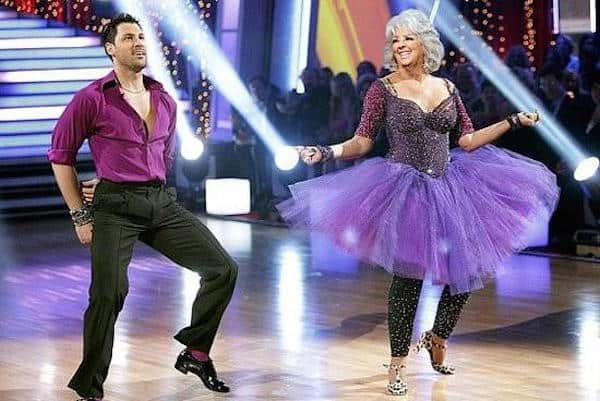 It’s an exciting and impressive show most of the time, but every now and again there are characters added to the roster that just don’t seem to make a whole lot of sense, or are barely invested in the show at all. Those controversial characters that have appeared on “Dancing With The Stars” have brought a bit of spice to the show that might have left a bitter taste in the mouths of some fans but have actually sparked a bit more interest that might have helped to keep the show alive for so long. In truth the fans’ reactions to the following characters has been an up and down experience that has set a stage for appearances that are every bit as confusing as they are controversial.

Here are five controversial characters to have appeared on DWTS.

It’s a little sad really that Bristol would be seen as controversial considering that her own personal fame isn’t nearly as great as that of her mother, Sarah Palin. If not for her mother’s political aspirations Bristol might have been able to gain more fan favor and possibly even climb higher in the ranks. But thanks to the intense dislike brought on by her mother’s political maneuverings and the fact that much of America simply did not like the Palin’s, Bristol never really got a fair shot.

Sometimes professional athletes just really don’t like stepping out of their comfort zones. This could have been the case with Mayweather considering that he looked like he practiced for all of ten minutes before stepping onto the floor. While he might be nimble and able to move in the ring, once the gloves come off he’s revealed to be possessed of two left feet and the same bad attitude.

A lot of people seem to think Grier is a nice guy at heart thanks to the many roles he’s played in film and television. However he’s no doubt one of the most confrontational individuals that DTWS has ever seen. It wouldn’t be a surprise to never see him get the invite again, and many fans might be seeing him in a little different light as of now.

Some people actually had to wonder if this was another setup for a Jackass revival or a mistake made in the casting department. It makes sense considering that Steve-O is known for being off the wall and just flat out repulsive in the things he does. He’s reputed to be a nice guy, but it makes sense of the cast and judges were on their toes wondering if he was about to do something off the wall and absolutely disgusting.

Taking into account that ABC and DTWS are family-oriented it makes little sense that Paula Deen was placed on the cast. It’s not only her racist comments of two years ago, but also the fact that she flashed the audience not once, but twice. Now Paula isn’t the most unattractive woman in show business, but it’s safe to assume that a few people were more than just upset when she showed them more than they were counting on.

With enough dedication and talent anyone can become a star on DWTS, but it takes someone with a good amount of charisma to overcome the legion of critics and fans that will attempt to criticize every movement. The celebrities listed above might have what it takes to ignore the critics, but when it comes to actually belonging on a family-oriented show, it might have been better if they’d looked elsewhere for fame.