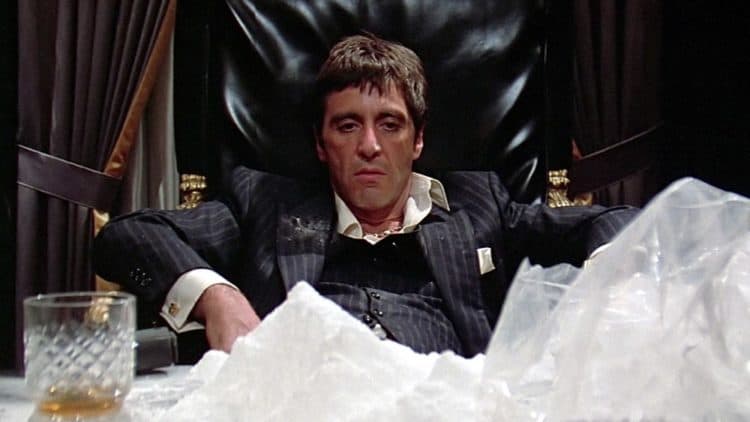 It is only normal to associate Al Pacino with greatness. The multi-awarded Hollywood actor has been a permanent fixture of modern-day cinema, and has amazed us time and again with his iconic portrayals. Don’t be fooled by his steely gaze and collected demeanor. Pacino is a heavyweight when it comes to intense scenes backed by unforgettable dialogues and a few badass weapons to boot. Here are the five best confrontation scenes of the actor, in no particular order:

The masterpiece by Francis Ford Coppola chronicled the life of the Corleone family, a powerful organized crime family. Pacino portrayed the role of Michael, the youngest of the Corleone sons, and the reluctant heir to the throne of his father, Vito, portrayed by Marlon Brando (A Streetcar Named Desire). In the first installment of the film franchise, Michael is forced to step up after his father was nearly assassinated. He had to perform some acts of violence in order to save his father’s life, and one of them was killing a rival mobster, Virgil Sollozzo, portrayed by Al Lettieri (The Don Is Dead) and his protector, police captain Mark McCluskey, portrayed by Sterling Hayden (The Long Goodbye). The build-up scene where Michael had to subtly confront the two and unexpectedly pull the trigger on them was nerve wracking on different levels. It felt like an initiation to the criminal underworld, and Michael’s first stint as a mafia boss.

Pacino bagged his first Academy Award for his role as Lieutenant Colonel Frank Slade, an irritable blind military veteran. The compelling film followed the unique bond of Frank and his new assistant, Charlie Simms, portrayed by Chris O’ Donnell (Vertical Limit), a preparatory school student who is in need of extra funds to buy a plane ticket home for Christmas. The scene where Frank passionately defended Charlie after he gets caught up in a sensitive bribery issue with his school’s headmaster. He went on to give a speech about the importance of loyalty and integrity, while successfully fighting for Charlie’s. It was an inspiring moment that made us realize that sometimes, a total stranger can create such a lasting impact in your life by having your back during a critical moment in your life.

The epic crime drama is known for its rags to riches storyline and iconic lines. Pacino portrayed the role of Tony Montana, a Cuban refugee who worked his way up the treacherous crime world, until he became one of Miami’s most powerful drug lords. The film followed his quick rise to fame and fortune until his imminent fall in the most entertaining way possible. The scene where Tony was at his wits end while his enemies were invading his mansion was the most famous moment in the film. He yelled out, “Say hello to my little friend!” while firing at his enemy’s henchmen in one final bloody battle. It was a badass farewell to one of cinema’s most unforgettable anti-heroes.

Pacino thrived in crime dramas, and gifted us with memorable characters that we still love to quote up to this day. He portrayed the role of Vincent Hanna in the film, a skilled police lieutenant detective with a sterling reputation for solving his cases. The classic scene where Vincent confronted his ex-wife and her current boyfriend was both awkward and hilarious at the same time. Vincent gave them his blessing in a crass manner, and re-claimed his television set in the process. Pacino showed us once again how to handle a confrontation scene like a boss, and deliver another performance that was one for the books.

The film by Martin Scorsese felt like a reunion of the pillars of crime drama. Pacino portrayed the role of Jimmy Hoffa, a labor union leader who used to serve as the president of the powerful Teamsters union. He was a controversial figurehead who dealt with mobsters and was even convicted for jury tampering in 1964. The scene where Jimmy blew a fuse after being faced with immense pressure from his massive legal issues, among other things. Jimmy spewed profanities as his colleagues just watch along. He accuses them of mishandling the situation and blames them for conniving to put him in jail. Pacino knew these types of scenes like the back of his hand, and delivered yet again another performance that has left us all awestruck and delighted to witness his greatness in the field of crime drama on more time.