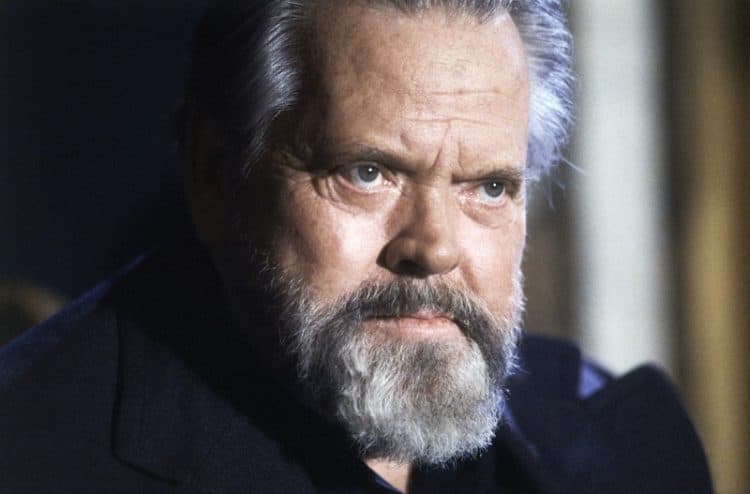 Orson Welles continues to be considered one of the greatest filmmakers of all time. His masterpiece, Citizen Kane, is widely regarded as the best movie that has ever been made. Welles is also most prominently known for his radio adaptation of The War of the Worlds. His delivery of an alien invasion was supposedly so convincing that it caused quite a panic amongst listeners. According to The Telegraph, Orson Welles’ work on film changed cinema for the better. For one, he developed camera tricks in cinema that remain to be in use until today. He was also very creative with how he manipulated sound. On the late director’s legacy, IndieWire‘s Eric Kohn had this to say: “Welles’ legacy contains a similarly erratic appeal. Yes — the character whose persona has lasted the decades is resolutely catlike, not only in appearance but in fierce demeanor. Adored from his youth onward, Welles found a distinct set of collaborators with his Mercury Theater company early on, but had a rougher time figuring out how to work within the confines of the Hollywood studio system.” There have been a few biopics on the acclaimed director over the past decades, none of which have become highly popular. The most successful one, perhaps, was Me and Orson Welles, which received BAFTA nominations. If movie execs decided tomorrow to make a serious attempt at an Orson Welles biopic, here are a few casting suggestions we have for the role of the legendary director.

Look at Jesse Plemons and look at an old picture of Orson Welles and you’d see the eerie similarity. They look so alike that you’d be forgiven to think that Plemons is a descendant of the late filmmaker. There’s no relation between the two, but Jesse Plemons is a spitting image of Orson Welles, even without significant alterations to his look. This makes him a perfect candidate to play the director on screen. Aside from the natural look he’d be able to lend to the cameras, Plemons has the acting ability to meet the demands of playing Orson Welles on screen. He’s played roles in Black Mass, Bridge of Spies, The Post, Game Night, I’m Thinking of Ending Things, and Jungle Cruise. On TV, he most notably played Todd Alquist on Breaking Bad, a brutal criminal who was so bad he was named 2013’s best villain, according to IGN. Plemons also has experience playing real-life figures on screen, so Orson Welles’ legacy should be in good hands if ever Plemons plays him in a future biopic. Plemons played former mobster Kevin Weeks in Black Mass and cyclist Floyd Landis in The Program.

Another actor who looks exactly like Orson Welles is Vincent D’Onofrio. The two entertainers look so much like each other that D’Onofrio was actually given the opportunity to play him in a cameo appearance in the 1994 film Ed Wood. He also played Orson Welles in a little-known short film which he himself wrote, titled Five Minutes, Mr. Welles. Given this, it shouldn’t be a problem for Vincent D’Onofrio to take on the role and portray the Citizen Kane director in front of the camera. Most people know Vincent D’Onofrio as the bumbling Private Leonard “Gomer Pyle” Lawrence in the war movie Full Metal Jacket. He also had roles in Jurrasic World, The Magnificent Seven, El Camino Christmas, and The Kid. On TV he’s most famous for portraying Kingpin on Daredevil and the Wizard of Oz in Emerald City. D’Onofrio has been in a few biopics in the past. He played former criminal John Nardi in Kill The Irishman. He also played football manager Vincent Feola in Pele: Birth of a Legend. Most recently, he played the notorious pastor and founder of Liberty University, Jerry Falwell Sr., in The Eyes of Tammy Faye.

Don’t dismiss Jack Black as a serious contender for an Orson Welles biopic. Black is a dynamic actor capable of handling a variety of roles, from silly goofballs like Ignacio in Nacho Libre to crotchety children’s book authors like in Goosebumps. Black is no stranger to playing real people on screen too. In 2011 he played mortician and convicted murderer Bernie Tiede II in Bernie, a role for which he won multiple awards. In 2017, he played convicted fraudster Jan Lewan in Polka King.

Nick Frost most notably played roles in three Edgar Wright movies, Shaun of the Dead, Hot Fuzz, and The World’s End. He’s also a frequent collaborator of Simon Pegg, having appeared alongside him in all of those movies. Frost might not look exactly like Orson Welles, and his being British might be a concern, but his acting chops and comedic timing might exactly be what a potential Orson Welles biopic need. Nick Frost has appeared in Fighting With My Family, where he played real-life wrestling promoter Ricky Knight.

I don’t think I have to justify why Leonardo DiCarpio would be a good fit for an Orson Welles biopic. Aside from similar facial features between him and the late director, Leonardo DiCarpio has decades worth of acting excellence behind him. He’s also frequently played real-life people in the past, so taking on Orson Welles should be a piece of cake for this acting legend. He played former conman Frank Abagnale Jr. in Catch Me If You Can, businessman Howard Hughes in The Aviator, convicted felon Jordan Belfort in Wolf of Wall Street, and frontiersman Hugh Glass in The Revenant. It’s going to be tough to convince DiCaprio to play Orson Welles on screen, however. He’s been known to be incredibly selective of the roles he plays and the directors he works with, according to a report by USA Today. “DiCaprio has a reputation as one of the most selective actors in the industry, and he doesn’t so much audition for a role as grill a director like a recruit at a job interview. ‘I guess you could say I target most of the directors I want to work with,’ says DiCaprio, a film buff known for sending scripts unsolicited to directors who he believes could handle the story.”