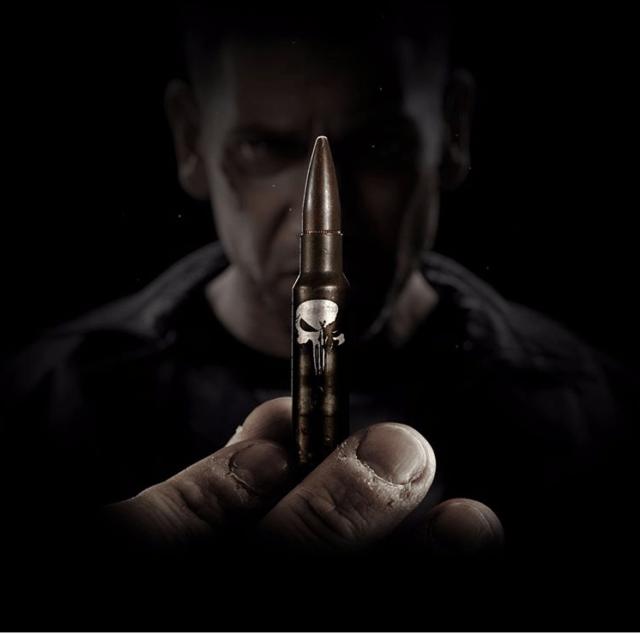 Marvel and Netflix aren’t exactly in everyone’s dog house right now but folks who have been watching Iron Fist haven’t been too pleased with how the show’s turned out so far.   It’s been considered one of it not the biggest comic book to TV show duds of the year.   However, if there’s one beam of light showing for these two massive media companies, it’s Jon Bernthal.  There are few people that disagree that Bernthal was incredible in his role as The Punisher.   So much so that he’s gotten his own Netflix series which just wrapped up production over the weekend.

While everyone’s waiting for the series to come out, some new photos from the set have started to surface. They don’t show any action – or give away any plot points – but they do show Frank Castle in his full Punisher armor.  He’s got the skull on his breast plate and everything – it’s exactly as awesome as you had hoped.

There’s no official release date set yet for The Punisher but it’s anticipated that Frank Castle should make his first appearance sometime in the late summer.    That estimate comes because The Defenders is slated for an August 18th release.

Check out some first looks below: