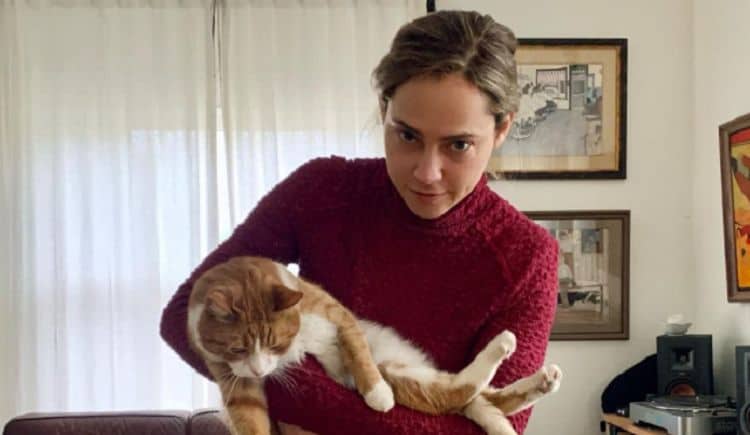 Although some may find this hard to believe, it’s been over 15 years since Fiona Dourif made her first on-screen appearance. During that time she has managed to earn dozens of acting credits and she has become well-known around the world. Throughout her career, Fiona has proven that she is capable of playing a variety of characters across multiple genres. Most people will recognize her from shows like The Blacklist and The Purge. Fiona will also have a main role in an upcoming TV series called Chucky which is based on the classic 80s horror film Child’s Play. Continue reading to learn 10 things you didn’t know about Fiona Dourif.

1. She Has An Interesting Connection To Chucky

Even though the Chucky series will mark the first time Fiona has directly worked with the Child’s Play franchise, Fiona has actually been connected to Chucky for her entire life. Her father, Brad, has been the voice of Charles Lee Ray since the original Child’s Play movie in 1988. Fiona and her dad are working together on the upcoming series.

Fiona has always been an adventurous person who loves having new experiences. According to her bio on IMDB, Fiona went to college in Ireland for three years. We weren’t able to find any information on which school she attended in the United States, what she studied, or when she graduated.

3. She Is A New York Native

Fiona was born and raised in Woodstock, NY. The legendary 1969 Woodstock Festival took place about 40 miles outside of Woodstock in a town called Bethel. Although Fiona will always cherish her east coast roots she is currently based in the Los Angeles area.

When it comes to controversial topics, it can be much easier to stay silent than to speak your mind and risk judgment from others. Fiona, however, doesn’t care what people think when it comes to the things that are important to her. She is a strong supporter of the fight to end racism and the overall fight for human rights.

Debates between dogs and cat people can get pretty intense, but Fiona knows exactly which side of the argument she stands on. By the looks of things, Fiona is a very proud cat person and she even has a cat of her own named Potato. It appears that she may have also fostered some kittens in the past.

If anyone has doubts about how hard Fiona has worked over the years, all they have to do is take a look at her resume. Over the last 16 years, she has managed to earn 50 acting credits. That’s very impressive considering the amount of time she’s been working. With the way things have been going for her so far, there’s no doubt that she’s going to have even more credits in the years to come.

7. She Was Never Afraid Of Chucky

Chucky is the kind of character that almost everybody has been scared of at one point or another. Almost everybody except for Fiona that is. During an interview with Vice Fiona said, ” I was never scared of Chucky. Chucky was just a helpful thing in high school that made me cooler than I actually was.”

The world has so many beautiful sights to offer, and Fiona would love to see as many of them as she can. Fortunately, she has been in a position to do a good amount of traveling over the years. In addition to having gone to college in Ireland, Fiona has also been to countries like Sweden and Russia.

9. She Was In An Episode Of Shameless

Landing any kind of job is always an exciting moment for an actor, but it’s even better when that role is in a well-known project. Fiona has gotten the chance to be a part of several successful productions throughout her career. In 2018, she appeared in an episode of the hit series Shameless. She also appeared in eight episodes of True Blood in 2011.

10. She Enjoys The Outdoors

Sometimes its nice to be able to disconnect from the rest of the world and enjoy some peace and quiet. What better way to do that than to be out in nature? Fiona is the kind of person who always looks forward to spending time outside. She enjoys doing things like hiking, swimming, and kayaking. Luckily for her, southern California has no shortage of beautiful days that are perfect for spending outdoors.