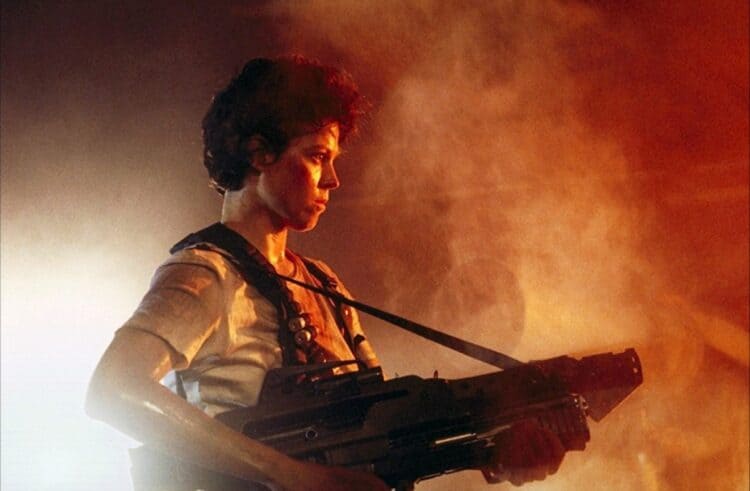 It’s great to see women taking on leadership roles and becoming stronger characters in the movies, right? Unfortunately, it tends to come at the expense of those who were already blazing the trail for the women of today, as the moment that someone mentions a strong female presence in a movie or TV show, it would appear that they’ve neglected to remember quite a few big names. Another vital component that many fans of today tend to forget when talking about strong women in movies and TV is that many of those that are placed at the head of the line and are given a great part to play aren’t made to earn their place in what they might consider a ‘man’s world’. To be certain, the idea that action movies are the sole province of men is one of the most irrational and ridiculous notions of all time, especially since there have been several truly great women over the years that have earned their respect in monumental ways that shouldn’t be forgotten or pushed aside. Seriously, if folks forget characters such as Ellen Ripley and Sarah Connor then the accolades of the female leads and action stars become empty and more than a little hollow.

The idea of earning one’s spot in the action genre is very real and it has little to do with what men ‘allow’ women to do since some of the greatest female action characters have been put through hell more than once and have managed to win over the fans by dint of their refusal to back down. Those that have come today have been pushed to an audience that is, unfortunately, a little too accepting of those that are instant badasses when they hit the screen, and haven’t experienced the same dangers and hardships that many of those in the past went through during their character development. It’s kind of like introducing a player into an online game that’s bought every mod to be as awesome as they can when everyone else has spent the time and effort to earn their place and their reputation.

Without trying to get into the argument of how woke feminism has ‘ruined’ one movie after another, the truth is that earning a spot in an action movie isn’t tough since the onus falls on the writers and the directors to make certain that the characters are forced to endure the kind of moral and physical dilemmas that every other character has to go through to become respected by the fans. Those that show up on the scene and are ready to win a world-class scrap are hard to like right away since they haven’t done much that can be deemed as impressive, and they don’t appear to have earned the power that they possess. Taking two individuals such as Ellen Ripley and Carol Danvers, aka Captain Marvel, and determining who has the stronger showing is easy since Ripley blows her out of the water without much effort. It’s a bold statement, isn’t it? Some might even call it foolish, but the truth is that Ripley started as a regular working individual that didn’t expect her life to be turned around when encountering a xenomorph for the first time.

Carol Danvers was unfortunately given a huge chip on her shoulder since her backstory, shown through various clips, reveals that she was told she was no good and would never amount to anything. In other words, she’s the woke, female superhero that became great because she had something to prove to everyone. The reason why Ripley is so much greater is that she wasn’t out to prove herself, and didn’t approach the world with an attitude that challenged anyone and everyone that came along. The fact is that the female action stars of the 80s and 90s, and even the 2000s, were far superior in a few ways, but most noticeably because they were out to tell a story, not to show that they were capable of doing everything the men could do. If there’s any real gripe here, it’s that for a while, too many female action stars were propped up by the idea that they deserved their roles and had nothing to prove to anyone. The action genre, and many fans, would beg to differ.

There’s never been anything wrong with a female action star, as many movies have made good use of one female star or another and have elevated them in ways that some folks don’t recall or don’t want to admit. The reality, however, is that thanks to the likes of Red Sonja, Ellen Ripley, Sarah Connor, Valeria, and many others, female action stars of today have had their road paved for them. Sadly, some folks choose to put their blinders on and forget the way now and then as they take the detour that plugs them in without having to do the legwork.