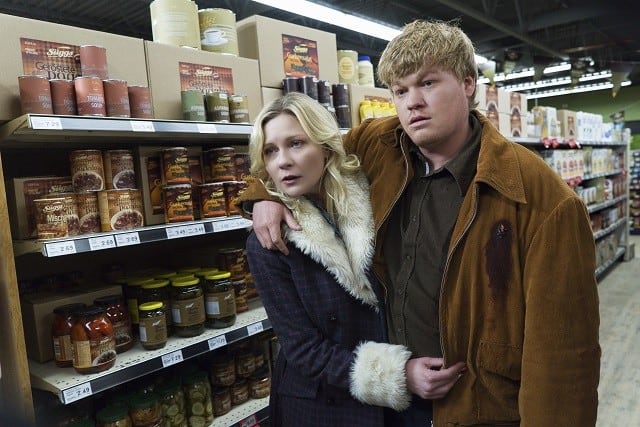 Fargo can truly be a moving, beautiful show. I mean amongst all the blood and death, creator Noah Hawley clearly has an appreciation of the “good guys.” For all of the worldly chaos, the good guys win, and even though all must exist in the terrible world, some make out better than others. I must admit, I expected a lot more death than what occurred in “Palindrome,” but with the unseen, the story was told far better than I could’ve imagined.

This week on Fargo: Ed and Peggy run from Hanzee, but Ed gets hurt. Lou rescues Peggy and takes her back to Minnesota. Hank eventually recovers from his battle injuries. Mike Milligan believes he’ll receive a hero’s welcome when he returns to Kansas City, but it’s not as he expected. Betsy has a vision of the future in which her daughter and husband are happy for years to come, as her own sickness takes its toll.

For two seasons in a row now, the existence of all the dark television shows has made my Fargo experience that much more special. I mean, don’t get me wrong, it’s dark, too, but Fargo has an unusual appreciation for the light and goodness. I always expect things to end up much worse than they do for the good guys on Fargo. Last year, I pleaded aloud in my empty home for Gus Grimly’s life as he moved into his final battle with Lorne Malvo. Last week’s penultimate episode proved a similar experience, as both Betsy and Hank were left ailing at the end of the hour. Twice now, Hawley has gotten the better of me. Just when you expect the tragic death of a beautiful character, you are spared, and instead shown the characters acknowledging life’s beauty and enjoying the time they have.

I can’t overstate the brilliance of “Palindrome.” There were so many little things that connected dots and made the whole season more cohesive. On top of all that, I was REALLY glad to catch a glimpse of Allison Tolman, Colin Hanks, Joey King, and Keith Carradine as the future Grimly-Solverson clan. Though most Fargo fans did not have to have the connection made for them, it was still an excellent homage to the stories Fargo has told. It visibly made me smile. I miss those guys.

I have praised every casting choice so far, but every actor stepped up his or her game in this final installment of the second season. Kirsten Dunst’s Peggy’s world shattered right before our eyes, and it was compelling as anything Fargo has ever given us. Patrick Wilson’s Lou was steadfast and vulnerable. Ted Danson, Cristin Milioti, Bokeem Woodbine. Everyone brought their A-game to “Palindrome,” and it very much paid off for them.

How great was it that Mike Milligan got his penance in the form of a desk job? It proved an excellent illustration of the modern day desk job purgatory to which many folks find themselves prisoner. Woodbine’s portrayal suggested that this desk job was the worst punishment he could’ve received, and it might just be true.

I can only think of one word to describe “Palindrome,” and that is beautiful. As tragic and crazy as the season has been, Fargo has managed to tell an extremely compelling story in its own way, showcasing the beauty of the world and humanity all at once. I’ve thoroughly enjoyed reviewing this season, and I hope that you’ve enjoyed following along. Here’s looking ahead to Season 3!

What did you guys think? Was “Palindrome” a satisfying finale? Let us know in the comments! 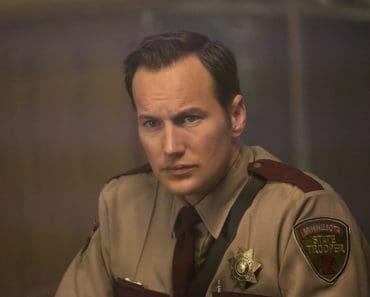