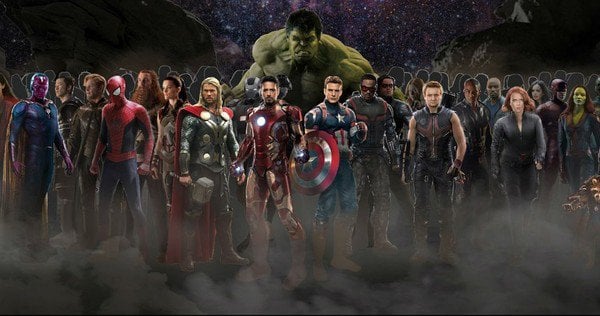 Not that every other comic book movie isn’t interesting or isn’t going to be pretty solid in the coming months, but I just get this feeling that they’re all building up to Avengers: Infinity War.  I get this vibe that it’s the film that sort of brings it all together.   Marvel is essentially going all-in with their entire movie universe and meshing it all together in one film.  Frankly I think that’s either going to be glorious or disastrous with no in between.   It’s not easy to involve this many characters in one film that has to adhere to a particular run-time.

The one positive I’ll say about doing this is that we’re already extremely familiar with all the characters so we don’t really need to film to take it’s time to get us all to care about anyone.  It’s almost like it’s going to be a “wow, there’s Hulk” and “wow, there’s Iron Man!” and every time you see a character you’ll get a little giggly inside.

Infinity War hasn’t even begun getting ready to market itself but rest assured as we get pictures, clips, posters, etc etc it’s all going to be plastered on this site.  Until then however, let’s get the party started with a fan made trailer for Avengers:Infinity War that got my attention.