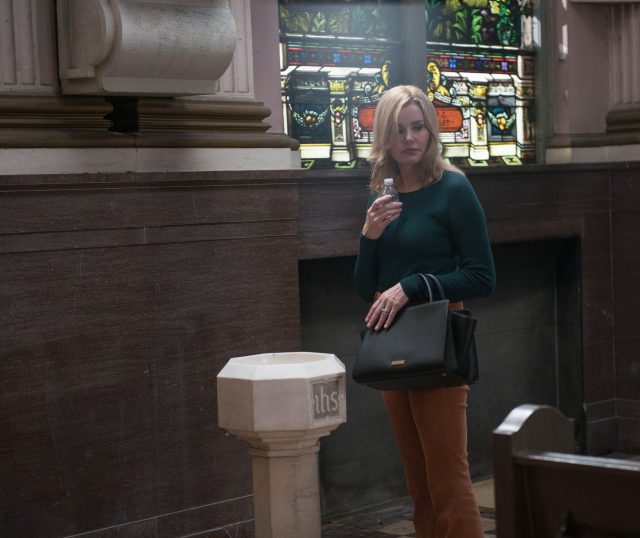 Last week’s series premiere of The Exorcist had its flaws, but it showed a ton of promise that this series can be what horror fans really want to see on television. Let’s take a look on how that potential held up in tonight’s new episode, “Chapter Two: Lupus in Fabula”

As with the series premiere, the opening scene of “Chapter Two” perfectly sets the tone of the series. While last week’s scene did so in pseudo-homage to the film, this week’s intro is much more of a horror fest. It works really well, in my opinion, because it continues the task of setting this series apart from the source material.

Something that does homage the film (although calling these things homages will start to feel unnecessary soon) is the first scene with Casey and Angela of the episode. While the setting is different and the technology is more modern, the scene perfectly captures what made the relationship between Chris and Regan so spectacular. It’s important for us to remember that The Exorcist, while full of horror, is a personal story about a mother and a daughter. We’re really lucky to have (in addition to the rest of the surprisingly strong cast) Geena Davis and Hannah Kasulka in these positions. Davis brings a veteran gravitas to the role that only someone with a career like hers could do, and Kasulka (who, admittedly, I was unfamiliar with before this series) is doing a spectacular job at playing both sides of this possessed girl. 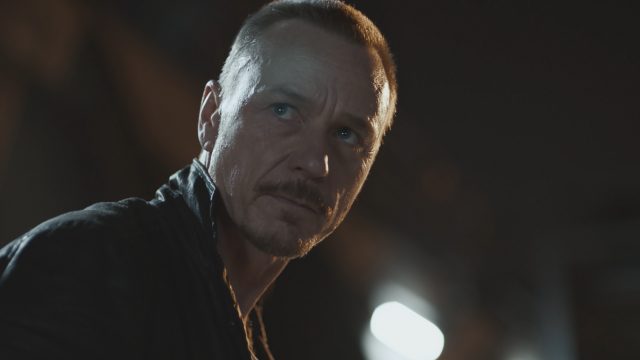 Speaking of the rest of the cast, Alfonso Herrera once again brought a strong performance as Father Tomas, and it’s great seeing the character in this position where he completely believes there is a possession taking place (unlike Father Karras in the film), but his hands are tied by the Church. A real treat in “Chapter Two,” though, is Ben Daniels as Father Marcus. We spend much more time with him in this episode than we did in the premiere, and it’s clear that Daniels is going to be one of the strongest presences on the show. On the surface, he’s comparable to Max von Sydow’s character in the film, but he’s already carving out his own spot in the series mythology that is going to be super exciting to explore. His friendship/mentorship with Father Tomas is simultaneously inspiring and antagonistic, and the two actors have an incredibly strong chemistry together that adds a completely new level to the relationship.

Now that the show has established its premise with the premiere, the second episode gets to really hammer in the supernatural elements of the show. Aside from the first scene, I really loved when the family played super jenga. The look on Angela’s face when she sees a little of what the demon can do is perfect, and I can’t wait to see the series bust out the full extent of what it can do.

I want to briefly mention how much I absolutely love the title sequence for the series that debuted in this episode. Not only is it a full title sequence (something that we don’t get to see that often anymore), but it fits the series perfectly. The job of a title sequence is to entice and set a tone, that The Exorcist‘s absolutely does both.

One of the hardest things for a new series is the dreaded second episode, but The Exorcist defies the odds and delivers a chapter even better than its first. The premiere, understandably, had to introduce us to the world, but “Chapter Two” is given the opportunity to really let loose and show us what it can do. I’m even more excited about the upcoming episodes than I was after the first, and I can’t wait to see what happens next.

What did you think of this week’s new episode of The Exorcist? Is it shaping up to be exactly what you want to see? Let us know your thoughts in the comments down below!

Even stronger than the series premiere, “Chapter Two” gives the series the opportunity to really let loose and show us what it can offer.