Home
Television
American Horror Story
2016: The Year Horror on Television Got It Right 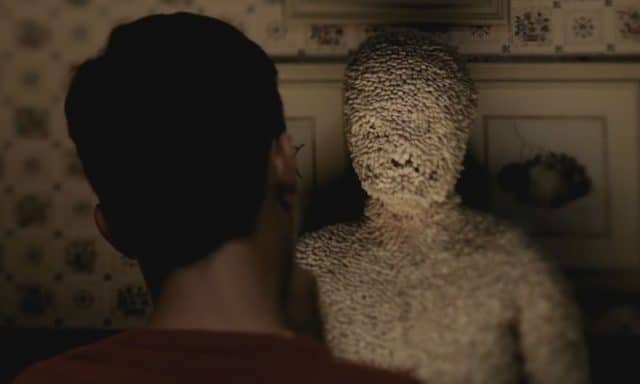 ThroughoutÂ my time at TVOvermind, I’ve written at length about television-based horror. Horror is something that we absolutely need on television, especially during a time in which so many of us feel uneasy with the real world, due to the fact that it is a way of managing, rationalizing, and releasing inner fear.Â No matter who you are, where you’re from, or what your background is, every person on the planet has something that they’re afraid of. There are plenty of ways to cope with these fears, but it’s clear that one of the best and most effective is through the consumption of horror media (simply look at the box office numbers for the latest low-budget hit).

As a fan of the genre, it’s often difficult to find a series that completely encapsulates everything that we need from it. For the past decade, we’ve had to rely on stalwarts likeÂ American Horror Story orÂ The Walking Dead, but even these well-loved series have let us down more often than we would like.

It seems like we’ve reached a turning point, however, as 2016 has defied all the odds and given us a year of truly magical genre television. This year, specificallyÂ in the fall season, we’ve been gifted numerous new series that have seamlessly delivered what we need from horror. In particular, three shows have carved out their own niches and redefined what the genre can do for television. Of these three, two are brand-new experiences for audiences. 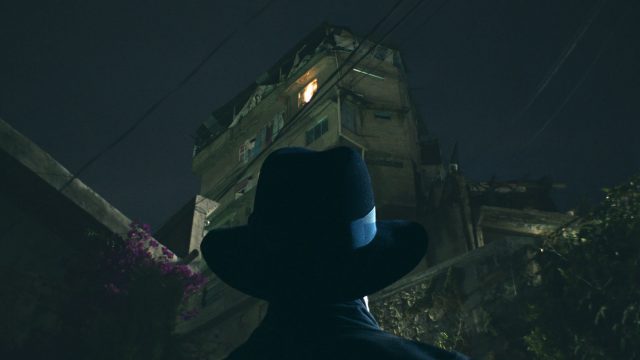 Over on Fox, Jeremy Slater’s (Fantastic Four, 2017’sÂ Death Note)Â The Exorcist has taken its source material (the film that is often called the scariest of all-time) and created its own distinct entity that stands alone while still serving as a sequel to the original film. Since the show’s pilot episode, audiences have witnessed true frights as a family is slowly ripped apart by the presence of a demonic force in their home, and the story that has unfolded has been incredible to watch. While the core of the show’s strength comes from its cast (including powerful performances by Geena Davis and Hannah Kasulka, specifically), the thing that setsÂ The ExorcistÂ apart from everything else on television is its makeup and effects. Scenes showing the possessed Casey (especially during her exorcisms) are among the most brutal that have ever appeared on network television, and it breathes a completely different life into the story than it otherwise would. These scenes occur throughout the series, though, and there’s one additional exorcism in the series premiere that stands out as incredibly graphic. The gore doesn’t define the series, however, and that’s whyÂ The Exorcist is so special. Instead of relying on gore and brutality to prop up a bad story,Â The Exorcist uses it to augment what is already a strong story. It’s so much different enjoying a series that doesn’tÂ have to show you the darkness than one that can only succeed when it does. 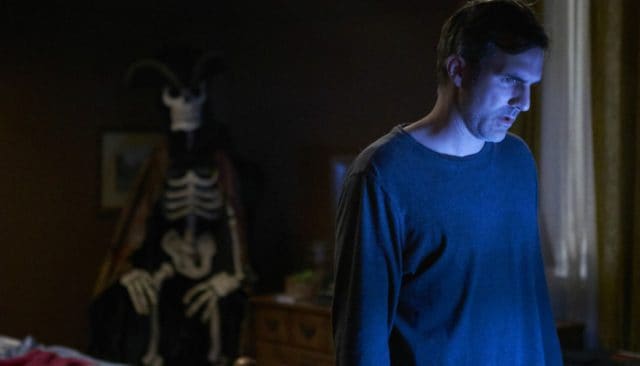 It’s difficult to talk aboutÂ Channel Zero without gushing because, without a doubt, this new anthology series is easily my favorite horror show of the decade afterÂ HannibalÂ (R.I.P.). The coolest connection between the two? Showrunner Nick Antosca was a writer onÂ Hannibal‘s third season, crafting or contributing to some of the series’ best episodes.Â Channel Zero, similarly toÂ American Horror Story, is an anthology that tells a different story with each season. The first season,Â Candle Cove, exemplifies everything that is right about television in general, let alone what’s right in horror. From the very first shot of the series premiere, it’s clear that this series is something special. While notÂ completely original ideas,Â Channel Zero adapts and expands popular creepypastas, a form of horror storytelling that is unique to the internet age (somewhat similar to urban legends). These stories (Candle CoveÂ in the first season,Â No-End House in the upcoming second season) are fleshed out to cover a “full” season of television, but the writers and the network are wise in keeping these seasons at a brisk six episodes. Because of this, we aren’t forced to endure any sort of filler (something that often kills pacing in horror more than any other genre), and the story is allowed to take up on the space that it needs. The writing for the season has been spectacular, but I believe the real strength of the show this year has been in its direction. ForÂ Candle Cove, Antosca tapped indie horror director Craig William Macneill to helm all six episodes, and the director has perfectly translated his skill at small-scale, low-budget horror to what is essentially a six-hour miniseries. Having a single director has allowed for incredible consistency through the season, and Macneill proves himself to be a master with the story’s uneasy dread that defines it.Â Candle Cove doesn’t rely on jump-scares (something that, while I personally like, hampers far too many similar series) and instead creates a sense of dread that pervades every aspect. In some ways, I’m reminded of both Stephen King’sÂ It and Netflix’sÂ Stranger Things (another genre smash hit for the year), but the series still manages to be its own unique thing.

And that music, guys. The score addsÂ so much to this series and makes it all the greater. 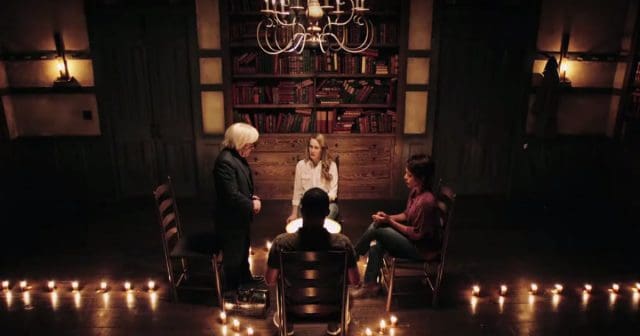 I mentioned that two of the three major successes in horror this year were new series, and that leaves a third that, obviously, must be a returning player. That series, hands-down, isÂ American Horror Story. Look, guys, I get the criticisms of this show (particularly in the most recent three seasons), and I agree that the series, whileÂ great when it’s good, is pretty bad when it’s bad.Â American Horror Story needed a major overhaul, and Ryan Murphy defied all the odds to make that change withÂ Roanoke. Unbelievably,Â everything changed with this season (beginning with the secretive way that it was promoted).

The unnecessary length of previous seasons, both in episode count and episode length (some episodes ofÂ Hotel specifically ran upwards of 75-minutes)? Gone. The season was shortened to ten episodes, and (barring any differences with tonight’s season finale) no episode has crossed the hour mark.

The pacing issues that have dragged the series down every mid-season sinceÂ Asylum? Gone. The main reason for this is the fact that, essentially,Â Roanoke is three seasons in one. The first five episodes told one story before a complete shift to a different story for the next four, and the season finale twists things up even further for another tale.

The lack of cohesiveness and connections between seasons? Gone. Already,Â Roanoke has firmly tied itself to Murder House (with the full story of that season’s Piggy Man),Â Coven (with Scathach being the original Supreme) andÂ Freak Show (by telling the history of the Mott Family), and the season finale will, at the very least, tie intoÂ Asylum with the return of Sarah Paulson’s Lana Winters.

As always, the performances have beenÂ Roanoke‘s greatest strengths (Kathy Bates and Sarah Paulson are probably my two favorites from the season), butÂ Roanoke is able to stand out and reinvent itself in such a major way because of the muted aesthetic and the way that the writers have scaled the story back from the outrageous “glamour horror” that it had started to become. Additionally,Â Roanoke had an actual focus on the titular horror (something that, oddly, the series often glosses over), and there were numerous scenes that actually horrified the audience. This is exactly whatÂ American Horror Story has needed to be from the beginning, and its return to form has helped the genre tremendously. 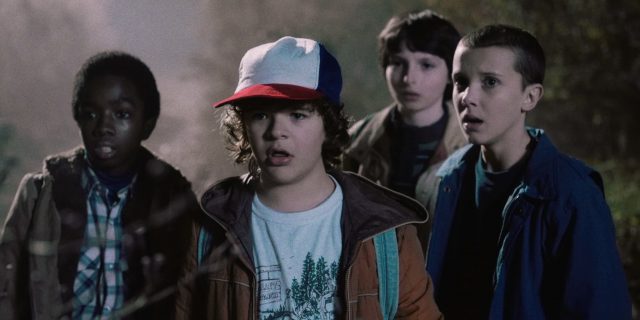 The great thing about this year, though, is that we weren’t limited to just three strong genre series. Across the board, horror has managed to shine on television in a way that it’s very often unable, and the audience are the ones that have benefitted the most. The strength has often arisen from the vast variety of sub-genres that are being represented now. Do you want more comedy with your horror?Â Ash vs. Evil Dead is there for you. Do you want adaptations of source material that you already love? Look no further thanÂ Outcast,Â Preacher, or a re-invigoratedÂ The Walking Dead. What about sequels or re-imaginings of horror movies? Good news: you’ve gotÂ From Dusk till Dawn,Â Damien,Â Scream, andÂ Wolf Creek. Do you need something more original? Check outÂ Stranger Things orÂ Black Mirror on Netflix.

Now more than ever, we need horror on television. We need its release, its rationality, and its comfort. Luckily for us, 2016 is doing one single thing right and giving usÂ exactly what we need.

What have been your favorite horror series this year? Let us know your thoughts in the comments down below!