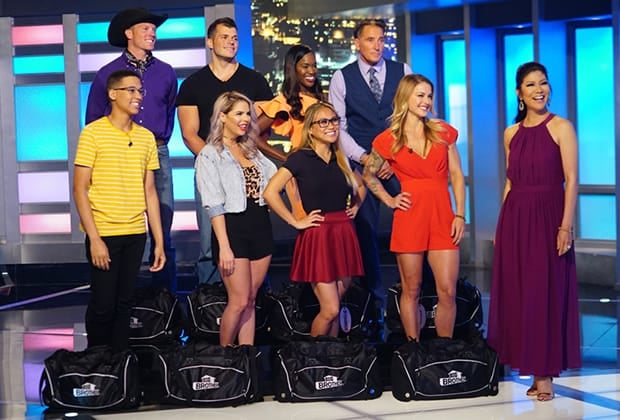 Based on the 1997 Dutch show of the same name, “Big Brother” premiered in the US in 2000 and the franchise took over the world with editions of the show filmed around the globe. Who would have thought that a concept of “Big Brother” watching you from “1984” by George Orwell would become the basis of a reality TV show? Take a group of individuals, sequester them from society, and let the cameras roll. What’s the worst that could happen?

Before I talk about psychology I must make a disclaimer. I hold a Bachelor of Science Degree in Sociology and my curriculum included many Psychology courses, but I studied English Lit in Grad School. So I am not an authority but anyone who has a small smattering of education in the field can see the psychological effects of being on “Big Brother”.

How often do the castmates go along to get along, even doing things that don’t agree with their core values. I mean seriously, what kind of man would hold a female down and let another man “turkey slap” her? This literally happened on Big Brother Australia. And what kind of men and women just lie there in bed within earshot and let two guys do that to a woman? What about the camera people? The producers? One can argue that real life would not put them in such a situation but this is the “bystander effect” in full force. In order to keep their place in the house and not be evicted, contestants will go along with the “script” and do things they would not do in real life. But they are not playing a character, they are playing themselves, and it’s often base and ugly.

Who these contestants are while vying for attention in front of the cameras can be vastly different than who they are at home with their real loved ones. Some critics claim that the show just “brings out” who they really are in this tight, high stakes situation, but others say it sets up a “concentration camp’ like setting to break these young people who are hungering for fame. Once they have that public persona branded from the show, how do they go back to being their authentic self?

Normal people know someone for a while before lying in bed with them, and group sleeping arrangements stop being okay after summer camp unless you live in a commune or something. Adults lying in bed with night vision cams running do all sorts of things they might regret having done on camera later. The “relationships” and “friendships” ring so fake and sticking strangers in bed together, where we have our most intimate moments in real life, is a recipe for emotional trauma and a false sense of security.

Not only is there bullying and “mobbing” inside the house, but social media goes wild picking apart each contestant as if the contestant was playing a role. Yes, they have a psychologist on hand for a “debriefing” after the eviction, but for good or bad, life will never be the same. Some contestants have gone on to further their careers but many others have faded into oblivion, gone to jail, or drown in a sea of booze and drugs. Once we have garnered our entertainment fix from these young adults, we are done with them, but the ugly tweets we wrote about them live on forever.