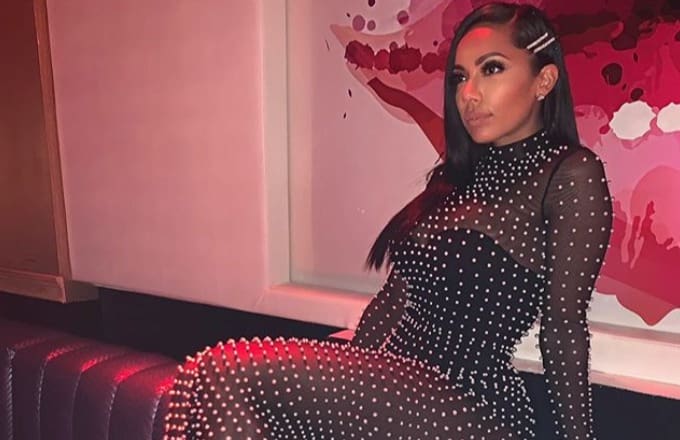 Life has its ups and downs, but some people seem to have seen it all when they are barely thirty. Erica Mena has not had an easy life growing up, and drama finds her everywhere she goes. From dating an endless line of men to fighting with her baby daddy, Erica has proven to be a feisty woman who goes for what she wants. Get to know more about this gorgeous model by checking out these few facts.

1. She was once engaged to Bow Wow

Getting a lifetime partner can take forever as you make sure that they meet at least 80% of your checklist. It is therefore quite strange how someone can decide that they want to be with someone after a few months of dating. However, that is what happened between Erica and Bow Wow; he proposed to her after only six months, but it did not end well. According to CapitalXtra, the two even fought online with Bow Wow threatening to leak their sex tape. Erica shut him down, saying that the real reason for their breakup is because Bow Wow tried committing suicide with her son in the house.

2. She has a son with Raul Conde

Raul Conde is a rapper, and he and Erica dated for a while before Erica fell pregnant at 18 years only. Erica gave birth on March 1, 2007, to her son, King Conde, and has full custody since she split up with the baby daddy. Erica claimed that the breakup was because Raul was physically abusive towards her. She, however, stayed because as a woman in love, she was ready to adapt to his behavior, but she eventually got tired after her son was born.

3. She is now engaged to Safaree

Some girls are just plain lucky. Erica Mena has found two men to engage her, yet she is only 31 while some of us hit our thirties without a single man willing to put a ring on our finger. According to BET, Safaree went the extra mile of designing the ring and shopping for the center stone. To ensure he got the right size, he would sneak rings on Erica’s finger while she slept. Erica showed off on Instagram her 14-carat platinum ring that cost almost $175,000 as she praised Safaree through a heartfelt message.

Matters of the heart are yet to be understood even by the most educated professors. Erica Mena denied being a lesbian but confirmed that she is bisexual as reported on Hollywood Mask. She once was blamed for the collapse of one marriage because she had been sleeping with the woman, a DJ called Envy Package. Additionally, Erica said that Cyn Santana was her girlfriend on- and off-screen, and she even made both their mothers meet. However, Cyn seemed not to have been invested in the relationship, saying it was a fake lesbian relationship.

5. She has a thing for men in the music industry

Erica’s past relationship have all been with men in the music industry. As reported on Famous Fix, Erica dated Havoc and Fabolous who are also America rappers. She has also been linked with Rich Dollars, a music executive, Scott Storch who is a record producer and Chinx Drugz who was a hip hop recording artist.

6. She was born in prison

When you look at how the lives of certain people have turned out, you have to wonder what went wrong. Erica had a difficult childhood; her father was a drug dealer while her mother peddled drugs for him. As a result, Erica’s mother ended up in prison, and while she was a guest of the state, she gave birth to Erica. Erica was taken home where her father abused her until she was five years old at which point her mother came to her rescue having been released from prison.

Erica has always been in the spotlight and mostly for the wrong reasons, but sometimes she takes it a little too far. While she can blame her tough childhood, sometimes you have to be in control of your life for the sake of your children. As it turns out, Erica was in love with Draya Michelle who at the time, was dating Chris Brown. Erica, therefore, wanted some piece of Draya, and she did not mind having a few threesomes with the couple; although eventually, Draya dumped Erica, according to Bossip.

8. She mints dollars from modeling, social media and being on television

Erica joined “Love Hip Hop New York” in its second season in a supporting role, and so far, she has appeared in 53 episodes, according to Glamour Path. Each episode of the show has Erica pocketing $15,000 translating to a very lucrative paycheck for Erica. She also is a model who has appeared in leading magazines such as Maxim, and she earns around $50,000. Also, since Erica has a large following on her social media platforms, brands use her to promote their products, and she makes between $8,000 and $14000 for each promotional post.

9. She was a video vixen for famous artists

Erica won the Jennifer Lopez lookalike competition in her teenage years, meaning she has the looks and curves that every artist would be looking for to make a video. Erica, therefore, has been featured in the music videos of famous musicians like Fat Joe, Fabolous, and Akon. Erica began appearing in music videos at 16, and her last one was at 19; Akon’s “So Paid,” as she revealed during her interview with Complex.

No one else knows you better than you know yourself, so Erica decided to share her life with the public through books. Her autobiography titled “Underneath It All” was released on April 1, 2013, and a paperback copy sells for $595.20 while reading online costs $4.99.