Home
Entertainment
What Has Anna Gunn Has Been Up To Since Breaking Bad? 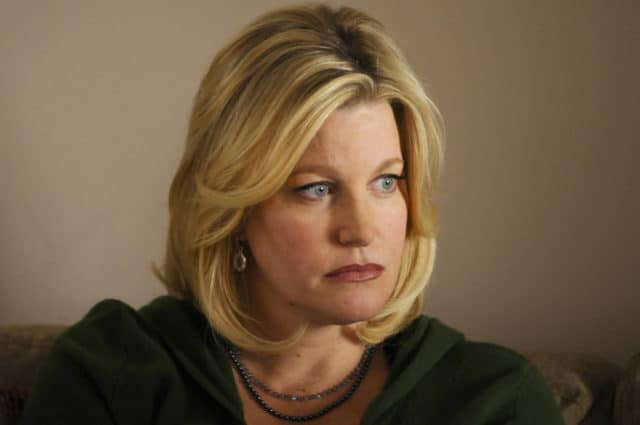 Anna Gunn had a promising career before her role as Skyler White in Breaking Bad, but her time on the show only enhanced her reputation and made her an even more popular commodity. While she hasn’t done a whole lot since the show she hasn’t been idle in the least since she’s been showing up in films and on TV for the past several years. Perhaps the constant pace of the show kept her from diving into her career more fully after the part of Skyler, but honestly it hasn’t been the end of her acting. She’s slowed down a bit but she’s still out there and she has managed be seen in some rather worthy shows and in a couple of movies you might have seen.

Just to start with her role as Skyler earned her the same award in 2013 and 2014. She won the Best Supporting Actress in a Drama Series both times, so that’s an accomplishment to be proud of moving forward, and it’s also a reason for people to hire her since they know that she’s proven that she’s worth the effort. But like I said above she hasn’t gone gung-ho in her efforts, though she has popped in shows like Law & Order, Lie To Me, and Shades of Blue. As far as films go she’s only been in five of them since Breaking Bad started, but a few of them have been well noted and even earned some acclaim like Sully, which was based on a true story of a pilot that landed his plane in the Hudson River as a last resort when he lost both engines and wasn’t close enough to attempt a landing at the nearest airport.

She also appeared in the very controversial film Red State but has such a small role that finding a clip is kind of difficult. Even great actors aren’t immune to the occasional role of the extra (cough, Deadpool 2, cough, Brad Pitt), but Anna has had a number of other roles that have put her front and center thankfully. I did mention that she was on Criminal Minds for a guest role, right? She played Special Agent Lily Lambert, and while she only had one episode Anna was instantly recognizable and the attitude she gained as Skyler was out in full force for this role, which was awesome to see really.

Aside from that she was also featured on The Mindy Project, Portlandia, and even Robot Chicken. But really it all comes back to Skyler and what she finally became near the end of the show. When Breaking Bad started it seems like Skyler had no idea what was going on, largely because she didn’t. But as Walt evolved so did Skyler, more out of necessity than anything just like Walt. And as Walt grew harder and colder she did as well, learning in a very hard way how to shut off her emotions and simply deal with the world the way it had become, not as she would have it. In fact the progression of Skyler’s character went along so smoothly that you couldn’t help but think that it was something natural within Anna that just allowed it to happen, a lack of disconnect between herself and her character that allowed her to feel it just enough to make that switch into the woman her character would finally become.

It’s very true that she was afraid of Walt at first, and the danger that he’d brought into their lives. But after a while she stopped being afraid and took control. Her character suffered some horrible backlash for daring to leave Walt during the show or even refuse to stand beside him, but she shut that down rather quickly. After all, Skyler was a character independent of Walt after a while. They belonged to the same story, but their paths diverged quite a while before the finale.

Anna hasn’t been seen in a movie or a TV show for the past year almost, so it’s not really certain what she’ll be doing next, if anything. The chances are good however that she’ll be making her way back to the big or small screen since she’s simply too popular at this moment to just walk away. At the age of 49 and still being in the prime of career she’s simply too young to retire and walk away, but once again, there hasn’t been a lot of word about what direction her career is going to take. For all we know she could be working on another film, but it has been heard that she misses her time on Breaking Bad, which isn’t too hard to believe. The show became a major milestone in the careers of everyone involved, as it was a phenomenon that a lot of people wrote off early on but even more latched onto and realized was something great.

Whatever she does next it’ll be nice to see her on the screen again.