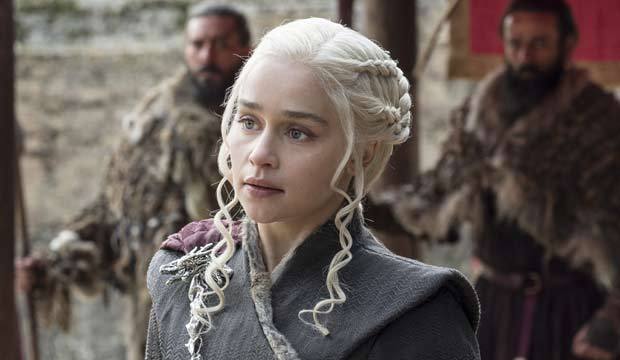 The “Mother of Dragons” is making a comeback! Emilia Clarke, who is best known for her portrayal of Daenerys Targaryen, also known as Game of Thrones’ very own Khaleesi, returns with a whole new venture. The award winning actress is no stranger to challenges. She has been constantly upping her game and engaging in various initiatives the past couple of years. The actress’ charming personality and serious acting chops are just one side of the story. Unbeknown to many, Clarke has bravely survived two life-threatening brain hemorrhages. This horrific incident has led her to inspire others and create awareness through her charity, SameYou, which works to develop a better support system and recovery treatment for survivors of brain injury and stroke. Clarke trail blazes her way into a different role this time around, as she stumbles upon a new outlet which allows her to share her creativity further with the rest of the world. What started out as one of those drunken and silly ideas on a night out with friends, has now progressed into a full-blown comic book series. As of this July, Clarke can now proudly proclaim herself as a superhero fangirl turned legitimate comic book author”. Another feat to cross off her Bucket List.

What’s In Store for Readers

M.O.M. : Mother of Madness, is a superhero comic book from Image Comics that is co-written by Clarke and famed comic book writer, Marguerite Bennett, who is the brains behind all-time favorites, such as Bombshells, Angela, and Josie and the Pussycats. The comic book’s quirky and colorful cover photos are eye-catching and intriguing. Readers can expect more distinct and vibrant works of art from comic book penciler, Leila Leiz, who is also known for her artwork in Marvel’s Horde. This passion project was brought to life by Clarke’s pursuit for gender inclusion and women empowerment. Upon conducting some research last 2019, she found out that certain events just don’t add up. Even though roughly half of comic book buyers are reported to be women, there are only a handful of female comic book creators, and also a limited number of female comic book characters. The irony of the current situation did not sit well with Clarke. This is the reason why an all-female creative team was brought on board, together with an inventive storyline that features a progressive female lead character.

The comic book will be an extra-length, three-issue miniseries that revolves around a single mom named Maya, who is described to be an “under-the-weather scientist by day, over-the-top superhero by night, and badass single mom 24/7.” The series follows Maya’s journey to self- discovery and greatness, as she discovers her inherent superpowers that are apparently manifested from her menstrual cycle. It is apparent that the creators have come up with something that is far from being cliché. Since the main character’s superpowers stem from a woman’s monthly cycle, readers can expect a crime fighting strategy that is definitely unique and out-of-the-box. In one of her interviews, Clarke gave a glimpse of some of Maya’s eccentric capabilities that are very much in tune with her emotions. These include going invisible when she feels scared, gaining superhuman strength when she feels angry, and even being able to swing like Spiderman from her armpit hair. Maya uses this newfound strength for the common good, which includes fighting off a secret group of human traffickers. Now, this storyline takes girl power to a whole other level!

Comic book enthusiasts with a knack for adventure, and who are looking for a good laugh need not look any further. Clarke and the rest of her girl squad are here to spread the fun. The comic book is reported to be a collision of a Deadpool action flick and a Fleabag comedy series. Clarke aptly describes it to be a blend of silliness and tongue-in-cheek humor that is deeply rooted to its feminist sensibility. Combine all of these elements, and readers are in for a deliriously fun and wild ride.

The first out of the three 40-page issues was already released last July 21. Readers still have enough time to digest and fully immerse in the world of Maya until the succeeding ones come out. The second issue has a release date of August 25, and the third issue on October 20. The comic book’s debut was greeted with loads of excitement and good cheer. The initial reviews commended the strong opening issue, which also brought forth a charming protagonist. This venture just goes to show that magic can be created when a group of like-minded and talented women join forces. Readers better get ready for more raunchy adventures as the upcoming issues of M.O.M. continue to pack a punch (pun intended!).