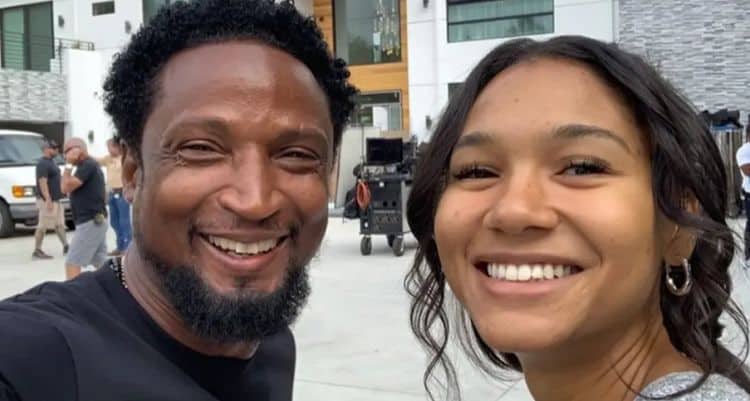 If you’re not watching “All American,” you might not know why the internet is currently filled with people asking where Layla’s dad has gone and why he was recast. If you do, you might just want the answer to the question yourself. Either way, it’s been a situation that’s had the internet busy trying to do their own sleuth work, and it’s also made so many additional people curious about who Elvis Nolasco really is. He’s been recast, and his fans aren’t entirely thrilled about it. Who is he, exactly? And what happened?

He’s a born and raised New Yorker, which is always cool. What a place to grow up and call home as a child. His heritage is Dominican, and we aren’t sure if his parents were from New York originally or if they came there before they had their son, but we do know that he grew up in the city.

Yet another of those actors whose real age surprises fans. He doesn’t look like a man in his 50s, but he is. He was born on December 19, 1968. That means the actor just celebrated his 52nd birthday in 2020. He looks great.

The mystery surrounding the recast of his role as JP Keating on “All American,” is nothing juicy or at all scandalous. This probably makes some fans very happy, but it also probably disappoints those who were looking for a bit of gossip. It turns out he’s simply unable to travel during the pandemic, and he was unable to get to the set to film his own role.

What this leaves fans asking is whether he will be back. He might not be able to get there for Season three to film, which required a recast of his character, but that doesn’t mean that he might not be back in subsequent seasons depending on travel restrictions and the like. We cannot confirm this, but we can say that it does seem potentially hopeful.

5. He’s Always Been into The Arts

Elvis Nolasco is a man who has always known he wanted to be part of the acting business. He grew up dancing to Latin music and salsa, and that led him to learn to break dance. When he began to take that seriously, he began to see that there was a place for him in the acting business, and it changed his life forever.

Not every has the ability to say that they had a teacher that led them to do great things, but Nolasco can say just that. He had a teacher in high school, Robert Stonebridge, who believed in his talent and his abilities so much that he pushed him to explore the world of acting as his potential future. It’s not always easy to find a teacher like that one, and he was very fortunate to have found him.

7. He Shares His Talents

Something we think is amazing is his ability to take what he was given as a gift and share it with the youth of the world. He’s very into helping educate young people about the world of acting, and he participates in a number of activities and programs that do just that. He’s very into things like help students develop their skills in the arts, including their playwriting abilities. He’s a man who does good things.

He’s not someone who shares too much of his personal life. He knows it’s a thing that he needs to keep to himself for both his job and his own personal sanity, and that’s a good thing. He keeps to himself, and he does a good job of only sharing what he needs to share with those around him.

He posted a photo on his Instagram feed of nothing but a McDonald’s meal. It doesn’t sound exciting, but the caption is everything. He wished his mother a happy Dominican Mother’s Day, and he asked her what she wants. Since she has all she could ever want or need, she told him to bring her a burger and fries, and to make it quick. No one likes cold fries. She’s our new favorite.

As he should be, of course. He posts photos of his work, his projects, and all he does for his career, and he’s very proud of what he’s doing. He has made it very clear he is serious about his roles, and that they mean something to him.