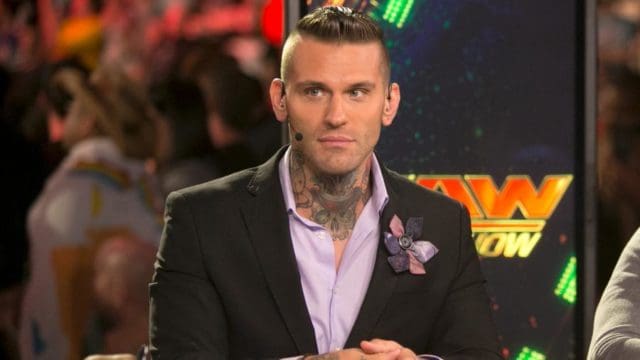 It looks like we’re getting more Graves on WWE now that John Layfield’s stepped down. That’s exciting news for Graves and for a lot of Kinshasa fans because now we’ll be seeing the talented commentator and announcer on Smackdown Live as well. He’ll be giving up his post on 205 Live and Main Event, but we feel that this is a good move for both parties. We’ve compiled a few things you might not know about the wrestler-turned-commentator, and we think you’ll be surprised by most of them.

1. Graves was only 14 when he started professional training.

That’s right. And that was just downright illegal. You have to be 16 to be legally allowed to train, and some wrestling schools won’t even take anyone under 18. Graves grew up a fan of wrestling, but he never thought he’d ever be a wrestler or that it can even be considered a career option. Through family connections and maybe a wager on talent, young Graves was allowed to train illegally. His first match happened in 2000 when he turned 16.

2. He can pierce professionally.

Not necessarily a prerequisite for a guy with a lot of tattoos, but Graves actually learned how to pierce from the tattoo bench. His tattoo artist showed him the ropes one day, and soon enough, Graves was an accredited piercer. While wrestling was his passion, he also knew that there was a possibility that it wouldn’t work out. Piercing offered him something to fall back on just in case, and he also happened to like the industry. Lucky for him, he probably won’t ever have to pick it up unless he wanted to.

3. Of course, he worked in security, but not as a bodyguard.

Graves used to work for a promotional company in Pittsburgh. On big rock shows, his only job was to get the performers from their tour bus to the arena through massive throngs of crazy fans. We say massive because the types of shows they use to put out are along the likes of Megadeth, KISS’s Paul Stanley, Social Distortion, and many more. So in a way, he was already used to being around large, shrieking audiences before he even got his break on wrestling. He also realized that many of these rock stars are just normal people. It probably gave him a lesson on how stay rooted after you’ve hit the big leagues.

4. He was SJK before he became Corey Graves.

Well technically, he was born Matthew Polinsky. About 10 years ago, he competed in WWE as Sterling James Keenan. He got enough exposure to push him through, but his matches weren’t as memorable as he’d end up being.

5. Wrestling runs in his family.

His younger brother, Sam Adonis, is also a professional. Graves trained Sam Adonis and trained him well at that. His younger brother was so eager to make a name for himself, so he decided to head to Europe to get established. He’s now making waves in Mexico, and probably making enemies at that, by using President Donald Trump’s images as part of his act.