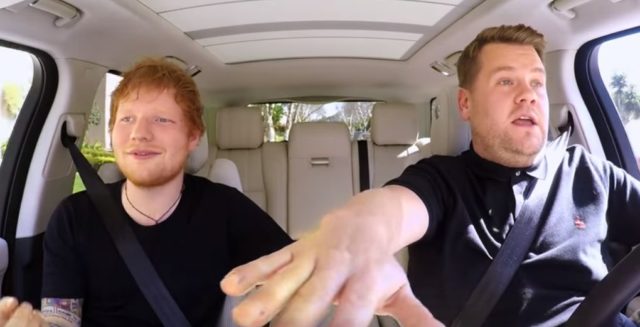 Hands down one of the biggest reasons if not the biggest reason for the rise in the star of James Corden is because of his popular “Carpool Karaoke” segment he runs on The Late Late Show.   When it was first introduced it was an incredibly new concept and then once Adele got involved the popularity skyrocketed.   Corden will take his show across the pond to his home of London where he’ll be meeting up with a very special singer.

On Tuesday Ed Sheeran will star in his first ever Carpool Karaoke session, and the sneak peek already looks amazing. Not only does he bring his guitar along for the ride as he sings “Castle on the Hill,” but it looks like he’ll be grooving out to some of his older hits as well.

Check out the sneak peek below: