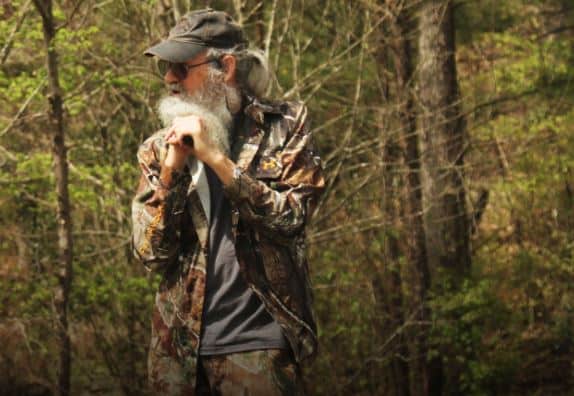 Another Duck Dynasty episode has come and gone, and I think I’ve determined that there is no journey, no matter how silly, that I’m not willing to take with the Robertson family. This show has had success because people genuinely enjoy it. Their family is relatable, and they don’t stay that way by airing dirty laundry or drama. They just get to be themselves in increasingly ridiculous situations. But gosh darn it if I don’t love it.

This week on Duck Dynasty: Jase and the guys do some pest control for some friends, in exchange for use of their hunting and fishing grounds. Their endeavors are so successful that they decide to take the neutra rats they’ve caught and have them made into sausage. Meanwhile, Willie decides that John Luke and Sadie need summer jobs, so he trains them to be servers at Willie’s Duck Diner.

This episode was just plain fun. I know that the Robertsons can take things to a deeper level (and to an extent, they do), but sometimes, they just do fun things. I thought everything involving the neutra rats was clever. Putting the boys together (Jase, Jep, Si, Martin and Godwin) usually works well because of their rapport. You have to pay attention, because they’re always trading jabs and having a good time.  Or, you know, racing on motorized “tricycles.”  My particular favorite was preying on Si’s deathly fear of snakes. They taunted him endlessly with a dead rattlesnake. I wouldn’t want to go near it either, but it was pretty funny to watch a war veteran run away from a dead snake like that.

Willie also had quite a few laughs and good times with his children, but there was an important lesson involved: the value of hard work. Not every teenager who comes from “privilege” has to work a summer job, or any job at all for some time. (I mean, what does Kim Kardashian do for a living again?) But Willie understands, taught by his principled father, the meaning of hard work. Everyone should have a menial job at some point in their life. Of course, the Duck Dynasty way is a fun way, and there was plenty of ribbing and good-natured fun in the learning process. The point of this, of course, being that no matter how famous you are or who your dad is, you shouldn’t be exempt from a little hard work.

– “We got a toe sack full of ’em. And we found some golf balls.”- Jase, after clearing up the golf course’s neutra rat problem

– “Them things is like vampires. They never die.” – Si, on rattlesnakes

– “I may be better off just to hire two actual piglets.” – Willie, when training the new servers was at its worst

– “He can sausageify just about anything”- Jep, on his “sausage guy”

– “I’ve never been this excited over trying a rat.” – Jase

– “I can think of worse things: Getting food poisoning. Getting poison ivy in my nether regions.”- Jep, on losing to Jase

All in all, another fun episode of the duck-calling family show. I’m never disappointed when I sit down to watch.