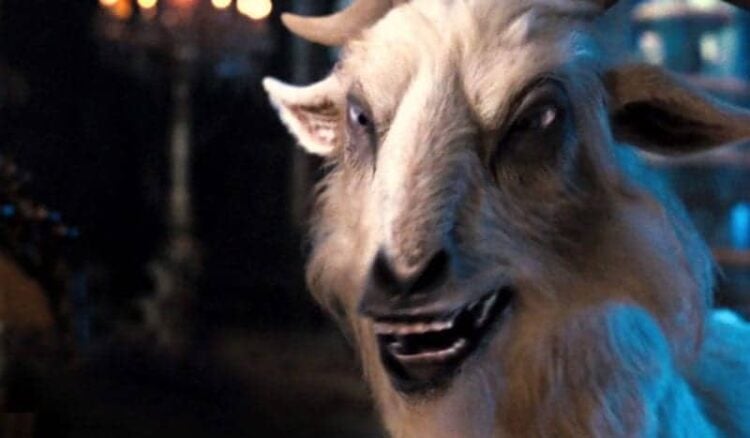 Anyone who wants to argue that Drag Me to Hell was anything but a horror comedy might need to watch the movie again and take a good look at the delivery and the content that was used to tell the story. In the true Raimi tradition, it was over the top and ridiculous as hell, but it managed to entertain a few people and was even approved of by the critics. It does however feel that if Raimi hadn’t been the one behind the camera it might not have fared quite as well. If one takes note it does kind of follow a pattern that one of Raimi’s other movies, Evil Dead, also contains. The boyfriend and the girlfriend are a similar to those seen in Evil Dead, but instead of taking on the hero’s story with the boyfriend, we get to see the story from the girlfriend’s point of view, which in this case is anything but pleasant as Christine is a woman with a few issues but who is otherwise seen by the audience as someone who is angling for a promotion, is conscious of her weight, and is bound to do whatever she needs to to get her life where she wants it to be.

What we learn later on is that her boyfriend’s mother doesn’t like her and her coworker thinks she’s a joke, which is harsh, to be honest, but it is what it is. When an old gypsy woman comes into the bank seeking another loan to save her property, Christine decides to deny her, as she’s attempting to impress her boss to gain the promotion she wants. The old woman’s response is anything but understanding as she launches herself at Christine and is subsequently humiliated in front of everyone in the bank when she trips and falls on her face. If being denied wasn’t enough of a reason to deliver a curse, then being shamed in front of so many people was the tipping point.

When Christine is attacked by the old woman in her own car, things escalate in a gross and disturbing manner as the old woman attempts to harm her only to find that Christine is up to the challenge as she beats the hell out of the old woman. In the end, though, the old woman does lay a curse on a button that she tears off of Christine’s coat sleeve and vanishes shortly after. The expected course begins to unfold as Christine’s boyfriend has no idea what’s going on and thereby can’t help, while a medium that she visits seeks to help her as he realizes that she’s had a curse laid on her, and a creature known as a Lamia has been sent to drag her to hell, much as it did to a young boy at the beginning of the movie. The cheesy nature of this movie is generally acceptable since it is a Sam Raimi movie and this is what many have come to expect, and it’s also what he does so well. But turning this into a serious horror movie wouldn’t be too tough since Raimi has laid all the groundwork that’s needed.

The biggest challenge would be getting someone to agree to film a reboot or a remake since it’s likely that many people would see this as a bit of an insult to Raimi’s process, or would see it as a tired attempt to create something that would be far scarier and less likely to make people laugh. The effort that was put into this movie was impressive, to say the least since a lot of it was kind of funny even if it wasn’t supposed to be. But thinking of the ways that this could have come off as a serious and hardcore horror flick is simple. The talking goat was kind of a ‘meh’ as were many of the scenes that showed an excess of strange and excessive gore and other materials. Seriously, the nosebleed that Christine suffers through should have put her down and out from massive blood loss after she hosed her boss down. But thinking that someone could come along and make a serious movie using Raimi’s example isn’t an insult, it’s a desire to see this movie in a different light.

Raimi’s style is fun since even if it’s not meant to be comical it tends to turn out that way thanks to the over-the-top scenes that are witnessed throughout the movie. The fact that the old woman attacked Christine in the car and forgot that her false teeth had been knocked out was hilarious since the image of her gumming the younger woman is an image a lot of people won’t soon forget. But despite the jump scares and the overall horror-laden scenes that were meant to pump the adrenaline, this movie was pretty goofy. But at least a lot of us had a good laugh.