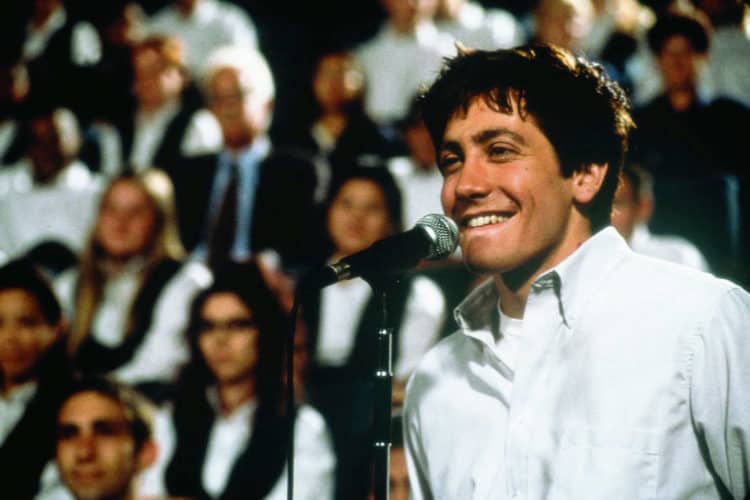 The autumn of 2001 was a strange time for entertainment. The September 11 attacks were rightfully all anyone could think about, and the resultant response that kicked off the War in Afghanistan covered the news from morning until night. But even with this generational defining event playing out, there were several movies that came out that fall that have rightfully gained recognition as the years went by, and Richard Kelly’s Donnie Darko is one of them. This is a movie about time travel (maybe?), fate, teenage angst, schizophrenia (again, maybe?), and the meaning of life in a world of pointless situations. All of this is just surface level details of a movie that still confuses viewers to this day, but the mystery of the movie is part of it’s enduring legacy. In addition to being the movie that kickstarted the career of Jake Gyllenhaal, this film also inspired a new generation of filmmakers. So, what makes Donnie Darko great 20 years later?

A better question could read as, what is the film not about? Within the main framework of the script, Donnie Darko is about being a teenager coming-of-age in a rapidly changing world. The main themes of the movie revolve around time travel and the various interpretations people apply to fate and circumstance. But like any great art film, Donnie Darko may not even be about these things at all; it appears to be a sci-fi movie, but there is something deeper going on with the narrative. Set in 1988, which was the last year of the Reagan presidency, Kelly positions the movie as an expose on the phoniness of the American dream, the dysfunction that permeates throughout suburbia, and the resultant anxieties and struggles that come with teens not wishing to become like their automaton parents.

Donnie is the prototypical “weird kid” of the neighborhood and his high school. Not quite a stoner or a troublemaker, but something deeper and more unsettling to the old guard adults that watch football after work, sip wine and read fiction for pleasure, and who peddle ridiculous self-help schemes that reek of hypocrisy. With troublemakers and burn outs, it is easier for parents and school administrators to dismiss this crowd, but teens like Donnie are rare and intimidating because they challenge the very essence of their empty lives. Throughout the movie, Donnie visits a psychiatrist who treats his mental health as if reading a checklist of symptoms in the DSM III.  It is heavily implied that Donnie is likely a paranoid schizophrenic, which Kelly uses to explore a possible end-of-the-world countdown in the plot.

Are the hallucinations Donnie experiences in the film real inside of the movie’s story? Is this just an allegory for mental illness inside of a punishing American social system? Kelly never gives us a direct answer, and that is part of the film’s unique power to this day. But the movie’s central plot is firmly rooted in a cerebral and challenging narrative that revolves around time travel and the existence of the multiverse theory. In the original cut of the film released in 2001, these ambiguities are confounding and hard to make sense of; sort of like a scenario where David Lynch decided to make a high school film. Donnie has visions of a maniacal-looking rabbit named Frank who tells him the world will end in 28 days from the opening of the movie. Since Kelly also positions Donnie as being schizophrenic in the scenes with his therapist, viewers never have a solid answer on whether what they are seeing is literal or all metaphorical within the “high school is hell” trope. In 2004, Kelly released a director’s cut of the film that more evenly laid out the various time travel/multiverse/doomsday threads that play out in the film. However, he has also said in interviews that the film is essentially about a “teenager bucking against the trends of conformity.” Regardless of what Richard Kelly’s true intentions were with this beguiling film, it’s various meanings and interpretations will forever live on in retro reviews and on fan sites.

How is the Acting and Directing?

In terms of structure and visual presentation, Donnie Darko is first rate. Jake Gyllenhaal practically emerged from nowhere as the title character, and his acclaimed acting career has flourished ever since this film propelled him into the cultural zeitgeist. His sister Maggie Gyllenhaal is also memorable playing his on-screen sister as well. In what was considered an against-type role, the late Patrick Swayze is superb as a sleazy, self-help guru that hides a dark secret. I mean, who can forget this scene…

Mary McConnell is great as the classic Gen X mom who wants to be more of a friend to her kids than an outright disciplinarian. Richard Kelly constructs each scene as a diorama come to life of 80s pop culture on steroids (the high school montage set to Tears for Fears “Head Over Heels”), as well as an otherworldly ambiance in the scenes exploring time travel and Donnie’s hallucinations.

How Does the Film Hold Up 20 Years Later?

No matter how you interpret Donnie Darko, and there are many explanations out there on the web, the film itself is a unique and timeless viewing experience. Rather you enjoy working out the astrophysics of the plot or enjoy watching Drew Barrymore play the coolest high school English teacher in film history, there is always some small detail to fixate on with each viewing. 20 years later, it can be said that Richard Kelly, rather he intended to or not, created a unique film that would appeal to viewers regardless of if they wanted to crack the mystery or not. This is also the type of movie that proves box office results are often misleading when determining the greatness of a film. In what was a box office bomb in the autumn of 2001, now exists a 21st century film classic. I think we can stop calling this a “cult classic” and give it the icon status it richly deserves.