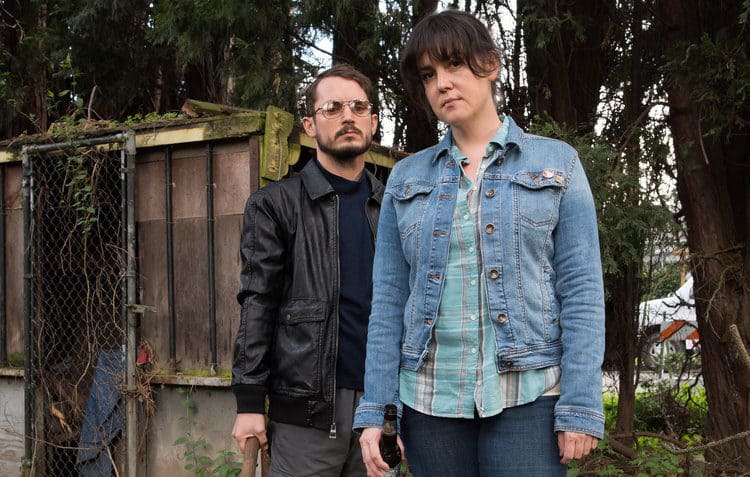 When he was younger Elijah Wood was that cute kid that you kind of put in the same category as other kids like Macaulay Culkin when it came to his ability to pull off a role. But as he got older he got a little more goofy-looking and less cute but somehow managed to retain his ability to turn any role into something special. He’s had his flops, there’s no doubt of that, but throughout the last couple of decades he’s also had a lot of hits that have been great enough to call moderate to outstanding success. After all this is the guy that managed to carry the ring to Mt. Doom, with some help, and save Middle Earth, again with some help. In short Elijah is still a great actor and since he’s been branching out over the years and trying new roles, even delving into TV, he’s been getting better and better with age. But yeah, as a kid he was cute, as a teen he was awkward, and as an adult, well, he can be great but he’s also a bit creepy at times, in a good way.

Why add this one? That’s easy, as Kevin, the quiet guy that never says a word and doesn’t even scream when a wolf is snacking on him, he’s still one of the best characters in the entire story. He doesn’t have the greatest story arc in the movie but given the fact that he can take on one of the toughest characters and lay him out initially he’s pretty impressive. So he gets his butt handed to him later on, it still took a while to accomplish and you’ve got to figure when a nimble guy that’s at his best when he’s got some distance finally gets brought in close, size and strength are going to make all the difference.

Some kids are just born bad, and Henry happens to be one of the worst. When Mark has to go and live with his aunt and uncle and their two kids he learns things about Henry over time that he didn’t know initially and comes to fear after a while. Henry is without a doubt a psychopath in the making as he’s fascinated by death and shows absolutely no compassion towards anyone. In fact the moment that he has Mark by the hand while he’s sitting upon his tree fort and asks him if he thinks he could fly if he let go obviously clued Mark in to the fact that no one was safe around Henry if he decided to get up to a bit of mischief.

In a way this movie is about obsession and the lengths that people will go towards solving whatever it is that they’re obsesses about, which in turn leads to them realizing that their obsession is going to take everything from them at some point. At least that’s what it feels like it’s about, when in truth it’s about a series of murders that seem to be leading up to something grand, only to fall a bit flat at the end when one realizes that the main point was made much earlier in the movie. The perfect crime is not the one that is never solved, it’s the one that is solved incorrectly. The whole idea behind this is mind-boggling, but there is a sick sort of sense to be made out of it.

You don’t normally depend on the weakest link in the group to be the savior of the group in the end, but Casey is that guy you just don’t put your faith in until he’s the last one standing. Then it’s kind of pointless to do anything else since someone needs to save the day and it turned out to be him. When an alien being starts taking over the entire teaching staff and then the students in their high school though a band of unlikely allies that would never be seen together under other circumstances manage to get together in order to fight the alien and remind her just what happens when you take on the human race.

Some would argue that Frodo didn’t do much during the movie and unfortunately they’d be right since despite his desire for adventure and his cool and calm demeanor when starting out he was one of the first to panic when things started going badly. Even Merry and Pippin tried to stand their ground and got aggressive, while Sam was turning into quite the fighter. Frodo however did show great mental fortitude in being able to even handle the ring without going mad all at once, meaning that he was stronger than the movie really let on at times.

Elijah has had some great roles in his career, and he’s not done yet.