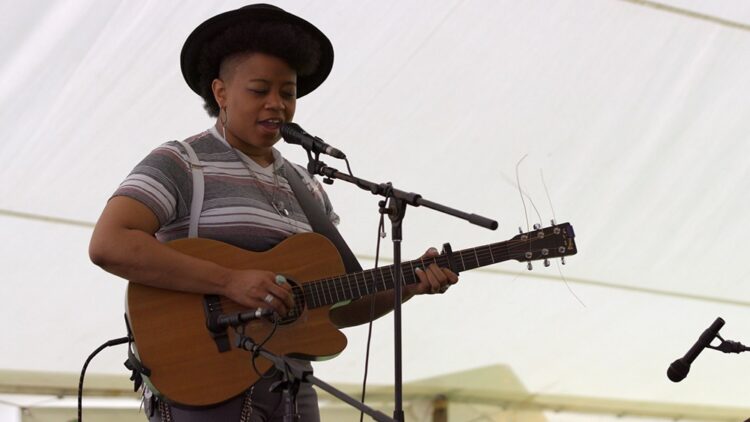 What do you think of when you hear the term ‘hillbilly’? More than a few people are likely to think of the movie Deliverance, and will possibly think about old white men with scraggly beards, a few remaining teeth, and less than tolerant expectations of the world. This documentary seeks to push aside the stereotype in a way that reminds people that the blanket explanation used by many people in certain parts of the world isn’t always correct. The word ‘hillbilly’ isn’t meant to be derogatory in all honesty, but it comes with a few positive connotations as well. There do appear to be Scottish origins to the word, and the term ‘hill-folk’ has been tossed around for a while. To a lot of those who don’t understand the overall culture, the same thing tends to happen that can be seen in the misunderstanding of many cultures; people mock those under this banner and follow Hollywood’s idea of what they’re really like. But as the documentary shows, those who call the Appalachia region their home are far more diverse than a lot of viewers might have realized.

In all honesty, this part of the world fascinates me not just because the culture is richer and far different than what people think, but because they’ve embraced their own culture and aren’t really akin to the image that Hollywood has painted for so many years. It’s not tough at all to think that Hollywood shines their heavily filtered light on a lot of cultures in a manner that makes them look like something they’re not. Tinsel town has been doing this for decades now and while it’s not entirely fair, it’s more for entertainment than anything. Some folks understand this and some don’t, and then again, some don’t care since they might feel that it’s not a warranted reaction to their way of life.

This is one of those moments when a person has to back up and say ‘to each their own’. If a person is willing to learn more about those in the Appalachia region from a reliable source, maybe not Wikipedia, they’ll find out that this is a part of the world where culture doesn’t break down as soon as one crosses into the mountains. Granted, this documentary could be shining a positive light on those that might not be all that great when the cameras are off, but such an assumption is just as ridiculous as thinking that hillbillies are all inbred white trash that see the dueling banjos in Deliverance as their theme song. It doesn’t take much to realize the truth: they’re just people, and they deserve the same regard that any other person would get. Seriously, that should be the kind of thought that a lot of people are willing to have first rather than fall back on the cartoonish image that has been in place for so long. Those of us that can turn that same line of thought, the stereotypical appearance that others might use to see us, can laugh and admit that the entertainment value is fun from a satirical view, are often better off since it’s understood that after the jokes and beyond the humor, none of what’s portrayed is real.

As the documentary makes clear, some folks take the term ‘hillbilly’ in stride and wear it like a badge of honor since yes, they are hillbillies, and they’re every bit as civilized and intelligent as anyone else. Taking a deeper look at this documentary is recommended as it shows at least a little more of the diversity that exists in this part of the world, and how it definitely works. The music that the people of Appalachia enjoy and the culture are easy to notice in this movie and it’s nothing short of great given that it’s simple, it’s fun, and it’s the type of living that’s not perfect by any means, but it’s enticing given that it feels well-removed from the hustle and bustle that a lot of people cling to so much. One can’t exactly say that life is simple in Appalachia since every region is going to be different when it comes to such things as economic impact, politics, and many other aspects. But it does feel important to remind people that those who live within this part of the world aren’t all backward hicks that refuse to accept that things have changed in the country.

It might sound a little preachy, but the point is that this is another documentary that might be good for a lot of people to see since it shines a spotlight on a culture that too many people make fun of based on what they’ve seen in the media. The truth is that folks from this region aren’t always what they’ve been made out to be, just like anywhere else.