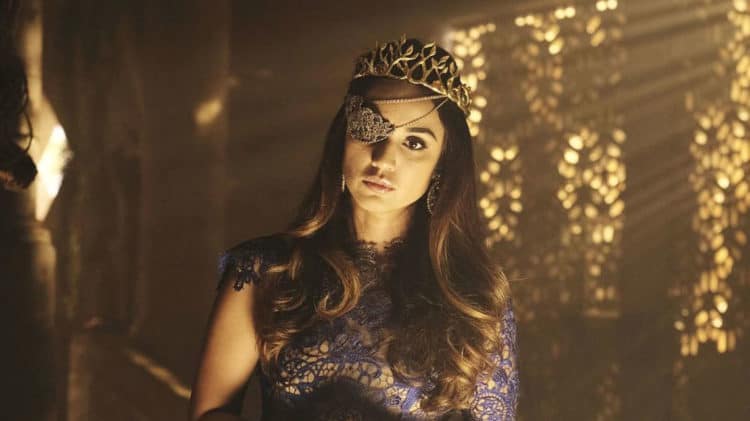 How many times have you watched a movie or a TV show that is an adaption of a written story and thought to yourself “the book is better?” We have all said that at some point when we watch a movie adaption of something, and there are probably dozens of fans of J.R.R Tolkien who saw The Hobbit or its predecessor The Lord of the Rings who believed that although some of the aspects of the film – the casting, the acting, the special effects, and some of the scenes were amazing, they would have thought the books were far superior.

The problem with live-action adaptions is the crew and the writers have a finite amount of time to condense the original work into something exciting and fast-paced for the audience, so it makes sense there will be differences between the original and the live-action adaptations. “The Magicians” trilogy by Lev Grossman is a rare exception. What makes it even more amazing is the adaptation of “The Magicians” was done by Syfy, a network not known for its quality and an awful budget.

Listed below are Five Reasons Why “The Magicians” is better than the book, and it isn’t just because Syfy decided to add a little bit of Je ne se quoi in a rare move.

Alright, so Quentin is a bit sullen, but the writers have written him as a complex individual, full of colour, though he is the only member of the cast who can have that description. Every character is seen through Quentin’s’ eyes, especially the women around him. Grossman does give us insights into the lives of Julia and Alice, but compared to Quentin’s reality they are more mundane. The others – Josh, Penny, Janet and Elliot – are just the same. In the books, Julia was raped by a trickster god, and this event makes Quentin’s childhood friend into a person, defining who she is. John McNamara and Sara Gamble, the show’s creators, have made this show truly a mix of fascinating characters who carry weight like the main character.

This is the reason why this show has succeeded. Grossman’s books all carry a wry attitude, they take themselves far too seriously, but the TV adaptation just ignores it and flips it around to make it something to be happy about, but it doesn’t have a stupid plotline. The episodes are full of pop culture references similar to those of other shows over the years which is opposite to the fantasy setting. Not only that, but the characters and the show writers are completely unafraid of reflecting the real world setting of a school or college where the students are interested in sexuality while other aspects of the show are portrayed; the strange citizens of Fillory, the talking creatures straight out of fantasy legends, but also the other emotions. Julie and Alice experience trauma and the show portrays that. Depression is shown reflected by Josh and Elliot.

The Magicians refuses to let the characters stay at war with one another when something goes wrong with friends, it’s too compassionate for that to happen. Best of all, none of the characters feels like they are outsiders to anything. Everyone has the chance to be taken seriously, even those characters who as gloomy as Quentin.

How many times have you watched something like the original Charmed TV show and saw spells and magic being used, or BBC’s Merlin where magic caused problems only for Merlin to learn something about it at the end, that it wasn’t worth the risk sometimes, only it didn’t have the greatest of results? Well, the same thing is true on The Magicians. The characters find themselves in deeper trouble each time they cast a spell, which is learning curve in itself, while the spell hasn’t exactly helped make life easier for them. The writers of the show have apparently taken onboard the fact they need to make the magic look as real as they could without it looking cheap and tacky like in so many other fantasy shows. No, they have tried to make it all look as realistic as they could. The fact Syfy did this is impressive in itself. Syfy is not a network known for its high quality at the best of times.

The Magicians became very interesting when it left the path the writer had created for it, and while the show writers couldn’t do away with the familiarity of the books, they could play with it a little, tweak it here and there, there is a new path for the story. When that happens and it all kicks off, anything could take place in the storyline. Like The Good Place which is another excellent show, The Magicians’ seasons always rest themselves, giving the characters a chance to encounter something new with each new season without losing what made the previous seasons great. The writers make each episode significant.

They also take full advantage of the setting to give The Magicians something new to encounter each season. They do this to help the characters grow and develop of people, to relate to each other, but more importantly, to help their viewers and fans to relate to them as well, something which is lacking in many TV shows, unfortunately.

5. One of the Writers

Sarah Gamble has experience writing on the Supernatural TV series before things started to go downhill. In the past, she gave that particular show a lot of amazing dialogue, great storylines and character development. That makes her perfect for The Magicians, and its helped her as well because she has been able to do things with The Magicians she wasn’t able to do with Supernatural – bringing in new, diverse characters, great dialogue and providing connections for all of them.