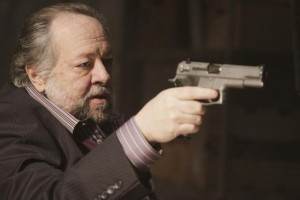 Welcome back Flashers! (OK, perhaps that was unfortunate phrasing.) If you don’t remember what happened in FlashForward last fall, check out a fall season finale recap here, a look at the important flashes here, and a preview of the spring season here. With that out of the way, the two-hour spring premier, titled “Revelation Zero, Parts 1 & 2,” is probably best taken in groups of characters or characters individually, due to all of the jumping between stories for the first ninety minutes of the episode. So, here’s a recap of this week’s FlashForward.

Mark and Lloyd: Mark loses his badge due to his escapade in Hong Kong. On his way out of the office, he snaps some pictures of his Mosaic board so he can reconstruct it at home. To get his badge back (and more importantly, back on the case), he is required to see a psychologist, Dr. Callie Langer. He relates his flash to her, including the fact he can’t see the whole two minutes seventeen seconds because he was drinking in the flash. He is told that a certain drug has been proven successful in getting some people to remember more of their flashes. Although Dr. Langer diagnoses Mark with a God complex (he thinks the whole blackout phenomenon is centered around him), he trusts her and takes the drug. He now remembers the “Help Us” written on a cheesesteak menu (the title card flash from the fall finale “A561984“), a business called Red Panda, a picture of a Hydra, and a phone call in which he says “Go to Hell, Lloyd.”

Meanwhile, Lloyd has been kidnapped by Flasso (played by Ricky Jay) and is asked about the specific parameters of the experiment he was conducting at the time of the blackout. Flasso tells Lloyd that he is wrong in his belief that he caused the blackout. Rather, Lloyd’s experiment just amplified the blackout. When Lloyd refuses to answer Flasso’s questions, Flasso tortures Simon, who has been kidnapped himself. They are left alone, so Lloyd writes out the “Help Us” note one the menu using his own blood. He dangles it out a window, but it blown out of his hand. Flasso returns, having found the menu, and when rebuked by Lloyd again, tortures Simon another time. After Simon’s finger is cut off, Lloyd finally gives up the information Flasso seeks.

Later, Mark remembers that it seemed like he and Lloyd were actually working together in his flash. They need to figure out the “QED” from D. Gibbons because there’s going to be another blackout. He brings this revelation to Wedeck who still won’t let him come back to work, but encourages Mark to pursue these clues on his own. Mark finds out that Red Panda is a humanitarian aid organization that assists people all over the world, but not Somalia in 1991 as the organization hadn’t been founded yet. He tries to piggy back on their next trip to the country, but he is denied. He next finds the cheesesteak shop, but discovers they just moved from an older location. He heads to the older building, but finds nothing but a door with an Eight Ball painted on the door. Mark gets in his car to leave, but remembers something else from his flash. He told Lloyd that he wishes Lloyd was behind the Eight Ball when he crashed through it.

No longer useful, Lloyd and Simon are marched out of the basement they are being held in. Simultaneously, Mark speeds his car in reverse, plows through the eight ball and finds Lloyd and Simon. He engages in a shootout with some of Flasso’s goons and frees Lloyd, while Simon, gun in hand, runs out the back. Lloyd is safe, but Mark tells him that it is time Lloyd tells him everything he knows.

Demetri and Vogel: CIA Agent Marshall Vogel, last seen in Hong Kong preventing Mark and Demetri’s investigation, has joined the FBI team in a supervisory role. Vogel tells the group that they have determined that Lloyd’s kidnappers placed a fake 911 call to lure EMT’s to a deserted location. Vogel and Demetri make their way to a train yard in search of the missing EMTs. Demetri thinks they are wasting time; he’s much more interested in helping Mark solve Demetri’s impending murder. Vogel tells him he needs to come to grips that he’s likely going to die and that Zoey will be marrying someone else. Demetri swings at him, but Vogel counters and plants Demetri’s face in the dirt. What Demetri actually needs is a new partner, one that follows procedure, so he can avoid being killed. It is implicit that Vogel is offering himself for the role. A swarm of buzzing flies leads the agents to the dead EMTs. Back at headquarters, they discover that the EMTs didn’t have a cell phone on them, so likely it was still in the stolen ambulance. They can triangulate the Palm Pre (Blatant Product Placement ™) and find the kidnappers. They do so, and find the ambulance in an abandoned warehouse. Agents approach the ambulance, but when they open the door, a bomb explodes. Vogel notes that the FBI is at a major disadvantage if they continue to conduct themselves by the book. They need to remember that if Mark saw the bad guys in his flash, that means they saw him as well. They know that the FBI is investigating them and can adjust accordingly.

Nicole, Bryce & Timothy: A woman dressed in a bathrobe and angel wings reads the “Tree of Knowledge” passage from a Bible (“once you know good and evil, you shall surely die”), and then sets it ablaze (the title card flash from this episode). Nicole rushes in to put out the fire her mother has started. It is clear that Nicole’s mom is not all there. As Nicole leaves the house when her sister, her sister pulls up late for her shift taking care of their mother. At the hospital, Bryce sees Nicole, and is, in fact, happy to see her. She becomes distracted though when she sees a man that resembles the one that drowns her in her flash. She chases after him, but he is lost in the bustle of the hospital. She tells Olivia, Bryce and some fellow employees about what she saw. They tell her not to worry, and one nurse suggests she go to a new group called Sanctuary. 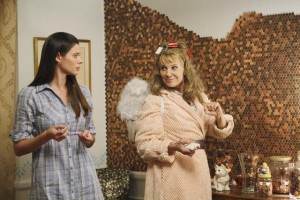 Sanctuary is run by Timothy, a former window washer who was miraculously saved when his disengaged safety harness clip caught on the scaffolding he was working on during the blackout. Timothy narrates the first hour of the episode with platitudes and questions regarding the Godly nature of the blackout, and how it has woven all of humanity into a single tapestry. The people must now choose whether to see goodness or chaos in the blackout and its aftermath. Nicole attends a meeting, but questions whether people owe God something, like obedience. Was the balckout a wake-up call for humanity to get its act together? Timothy asks to continue the conversation in a coffee shop, to which Nicole agrees, if she can bring Bryce. Bryce goes with her to the cafe, but sits at the counter. Timothy and Nicole speak about the blackout’s meaning, with Timothy telling her that the flashes are not pre-ordained. Rather, they are a combination of fate and free will. Maybe, Timothy suggests, her drowning was actually a baptism. People need to look for the good in life, and sometimes, the answer is right in front of them. As Timothy says this, Nicole fixes her gaze on Bryce at the counter where he is collecting pennies, as she asked. Bryce escorts Nicole back to her house, where she invites him in. She warns hm about her mother, but he expertly handles the mother’s idiosyncracies. Together, the three of them continue the wall mosaic Nicole’s mother is constructing out of 1989 pennies, the year Nicole was born.

Olivia, Mark & Dylan: Olivia is debriefed by Janis about Lloyd’s kidnapping. She mistakenly states that Mark jumped in between her and the goons that grabbed Lloyd, and is embarrassed by the error when corrected and shown security camera footage of his abduction. Mark comes to get Olivia and go home, but sees the footage of Olivia embracing Lloyd. She moves to explain herself, but Mark hushes her — he just wants to go home. At home, Mark has recreated the Mosaic board in his living room. When Olivia asks what he is doing, he replies in a resigned fashion, “What else am I gonna do?” Olivia wants to talk about her and Lloyd, but Mark says he’s just happy she’s OK. But that’s just it, Olivia’s not OK. She insists that she would never do anything to jeopardize their marriage, and suggests they just pick up and move far away. Mark smiles, but does not answer. The next day at the hospital, Olivia attempts to have Dylan stay in her care. She had previously filled out his discharge papers, but she is able to find some “symptoms” that need to be checked out. Dylan is, at first, reluctant to let her tend to him, but after she breaks out the “Tim Tim & Squirrelio” theme song, he goes to her. is affection for her is further illustrated later when she goes to check on him. Dylan offers Olivia some of his food, which he saved for her, and asks her to sing again. She agrees, and softly sings “When You Wish Upon a Star.” 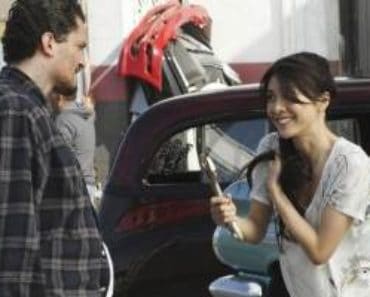 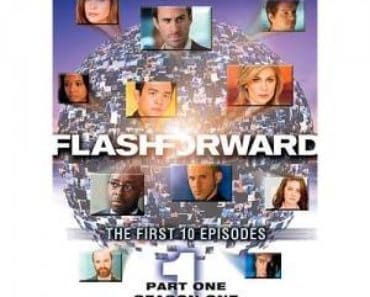 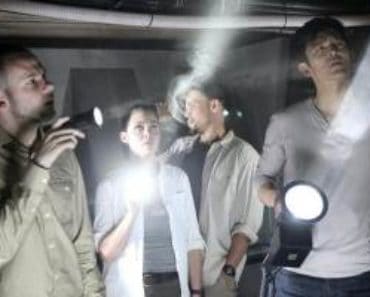 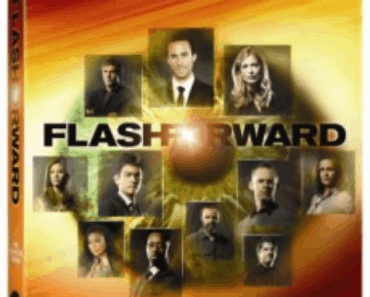 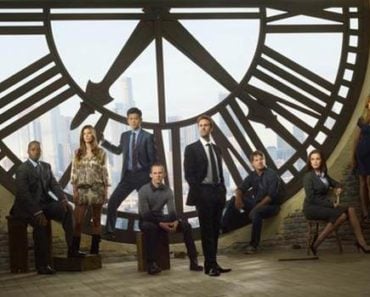 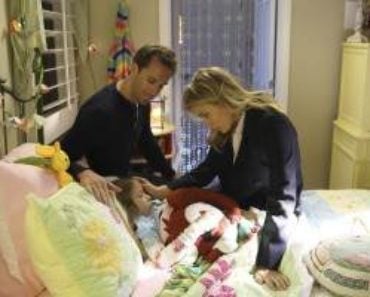