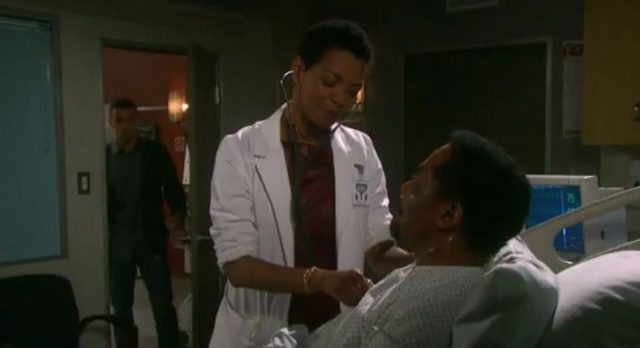 Life is changing in a big way for many people on Days of Our Lives. Chloe has called Nicole. She wants her to come to Chicago to see her, and Nicole doesn’t know what to do. Everyone thought Chloe was pregnant with her own baby with Deimos, but it turns out she’s been lying all along. She’s pregnant with Nicole and Daniel’s baby. Even after Daniel died, she had all the embryos implanted and she became pregnant. Now she’s lying to Nicole about the baby, telling her she had a random one-night stand with a stranger, and she became pregnant. Nicole seems to know she’s lying about something, and Deimos is going to do whatever it takes to find out what she’s doing. He thought the baby might be his, but he’s not stopping until he finds answers to what she’s doing and how she’s getting away with it.

Chloe’s main concern is Deimos. She doesn’t trust him, and she doesn’t want him to be part of Nicole’s baby’s life. She hates him and all he stands for, and she doesn’t want a baby being brought into a world in which he might be part of its life. She’s not backing down in her quest to do whatever it takes to keep this baby away from the man who might one day be its stepfather. She’s going to see if she can convince Nicole to leave him and go into hiding with her, but we don’t think she’s willing.

Ciara’s life has changed more than anyone’s. Her mother is a murderer, and everyone knows about it. She’s horrified, and she is not sure her mother could really do that. There seems to be a glimmer of hope in her mind that her mother didn’t do that, but she did. Everyone knows she did it, and there’s nothing that anyone can do about it. Hope is guilty, and she’s being charged with murder to the point that the death penalty is being tossed around in regards to her future. She’s horrified, and she’s not sure how she ended up in such a bad place in her life.