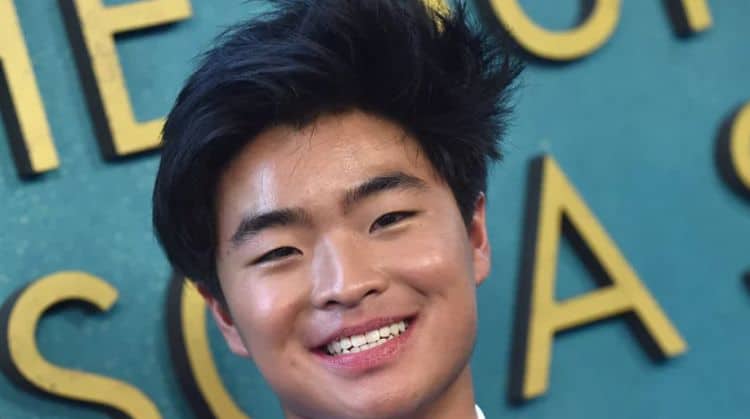 Dallas Liu didn’t always plan on becoming an actor, but there are a lot of people who are very happy that he made his way into the entertainment industry. Even though he’s young, he’s already been in the business for more than a decade. He made his on-screen debut in 2010 and he has been moving on to bigger opportunities ever since. Now he’s on the verge of an opportunity that’s going to change his career forever. He will be playing Prince Zuko in the upcoming live-action series Avatar: The Last Airbender. The highly anticipated project will be his biggest role yet and he’s excited to show people all over the world what he’s capable of doing. Continue reading to learn 10 things you didn’t know about Dallas Liu.

1. He Has A Diverse Background

Dallas was born and raised in California but we weren’t able to find much upbringing about his upbringing or his family life. However, we do know that he has Chinese and Indonesian roots and he’s very proud of his ancestry. He hopes to use his work as an actor to help fight against stereotypes towards the Asian community.

Not only does Dallas have a great sense of a style, but he also has the confidence to pull off just about any look. He loves being able to express himself through his clothing and he isn’t afraid to try new things. It wouldn’t be surprising if Dallas decided to do some modeling at some point in his career.

Acting may be Dallas’ main focus now, but martial arts is his first love. During an interview with Hello Asia, he said, “I started martial arts at the age of 5 and stopped competing internationally when I was 13 years old. I think my training has helped me a lot with my roles. It’s kept me from being extremely nervous and anxious on set. It’s kept me disciplined, hardworking, and responsible when it comes to playing the roles as well.”

I think it’s safe to say that almost everyone out there has at least one guilty pleasure TV show. For Dallas, that show is the now-classic series, Gossip Girl. Now that the series has been remade, it would be interesting to see if he’s a fan of the new Constance Billard crew.

5. People Are Excited That He Was Cast In Avatar

When news broke that Netflix would be doing a live-action remake of Avatar: The Last Airbender, fans were excited to see who would be cast in the project. While some of the casting choices have left people a little disappointed, many fans seem to think that Dallas is the perfect fit to play Zuko.

6. He Would Love To Work With Seth Rogan

Dallas has already gotten the chance to work with some pretty talented people, but there are a few more he would like to add to the list. He told Bello Magazine, “I’ve always wanted to work with Seth Rogen. I love his style of comedy, I think he’s hilarious. I think the projects, whether he’s acting or producing or writing or directing, I think he’s absolutely hilarious. I have some experience in comedy so I think that I could bring something great to the table if I get the opportunity to work with him.”

7. He Was In A Documentary

Acting isn’t the only thing that has gotten Dallas in front of the camera over the years. In 2013, he appeared in a documentary called Tricking: The Freedom of Movement. The term “tricking” refers to a discipline that combines gymnastics and martial arts to produce some pretty cool moves.

Shyness definitely isn’t a characteristic that comes to mind when people think of entertainers. After all, you kind of have to be the opposite of shy to be willing to get on a stage or a set and put on a show. Surprisingly, however, lots of actors consider themselves shy and Dallas is one of them. He credits acting and martial arts with helping him come out of his shell.

Dallas may not be a comedian, but he is still a natural when it comes to making people laugh and he’s always loved putting smiles on people’s faces. This is something he hopes to continue to do through his acting. So far, I think it’s safe to say that he’s done a great job.

10. He Knows What Kind Of Roles He Wants To Do In The Future

Dallas loves what he does and he looks forward to doing it for years to come. He’s already thinking about the future and the types of projects he wants to work on. While talking to Hello Asia, he said, “I would like to do films like his Rush Hour series but also work on dramatic thrillers. I feel like that’s a genre that I haven’t been able to dive into yet.”