Home
Movies
Could The Coneheads ever be Rebooted? 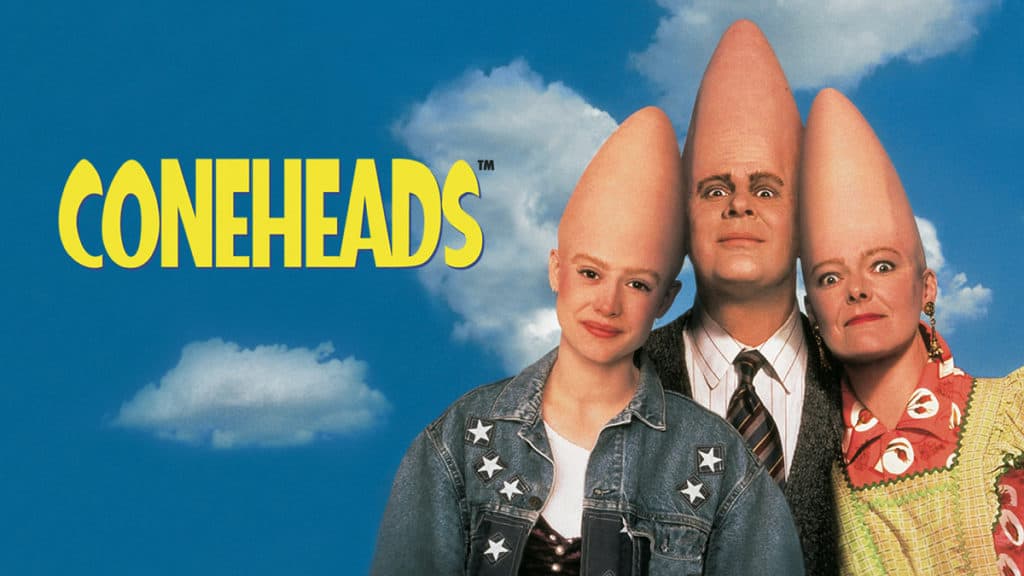 Back in 1993 the culmination of a Saturday Night Live sketch that a lot of people happened to love appeared on the big screen, and flopped horribly since at this point a lot of people need to be reminded that it even happened. A good part of the cast is still around, and if they had the inkling to do so, it might be nice to see the Coneheads return as a streaming movie, or a limited series, just to see how the family is doing at this point. Whether they would recast the part of Ronnie, which was taken by the late Chris Farley back in the day, is uncertain or not, but the bigger question is whether anyone would think this might be a good idea. Given the number of different ideas that have been brought back over the years, however, it’s fair to say that a few different ideas have been brought back, and Coneheads beats several of them out by a country mile. The movie was quirky and more than a little campy since the assumption was that no one else saw an issue with the Coneheads and simply accepted that they were from France.

Of course, no one appeared to be bothered when Wayne from Wayne’s World was talking to a camera that followed him around all the time, so if we’re going to talk about what works when it comes to movies it’s easy to think that Coneheads worked just fine for what it was. Convincing the actors that it’s in their best interest to at least think about this however would no doubt be one of the bigger obstacles since it would almost be safe to say that a lot of them would turn this down without even thinking about it. But perhaps I’m wrong in making such an assessment and the movie would be of interest to at least a few of them.

The movie would have to be in the interest of Dan Aykroyd and Jane Curtin to start with however, since like it or not, they’re the ones that really started this off. Bringing back everyone else, including Michelle Burke, who played their daughter Connie, would be extremely necessary. But the story would no doubt be one that would have to deal with Beldar and Prymaat and how they’ve continued to grow old, perhaps watch their daughter have children, and very likely deal with the fact that if the two species could come together, the result would be a child with a blunt skull, a Conehead skull, or something in-between. It would be easy to imagine that Beldar would have something to say about this and that he would struggle with the idea that sooner or later his descendants would become blunt skulls. Maybe there could be another attempt by Remulak to invade the earth, which could be a way to settle things between Beldar’s race and the humans. It’s a thought at least, since it’s likely that this would be fan fiction at best, and absolutely nothing at the worst. Getting people interested in this does feel like it would be a stretch, but perhaps some folks would be up for it and might want to see what became of the Coneheads in their later years.

Out of the several stories that came from SNL it feels as though this is one of the few that people might remember for a few reasons, not the least of which being that it was filled with cameos of famous comedians and actors that would later go on to either seek fame and notoriety or kind of just disappear into the Hollywood mix. In fact, it’s fair to say that some of those that starred in this movie went on to enjoy continued success, or just plodded along not long after it was released. There are bound to be plenty of people that would nitpick this movie to death if they were to review it since movies from the 90s had the same kind of hit and miss record that other decades have had, but the 90s managed to miss with such a great amount of flair at times that it’s easy to state that people remember a lot of the dumbest movies simply due to the fact that they were so outrageous.  Coneheads isn’t the best movie ever made, and it probably wouldn’t work again on the big screen, but with streaming being a great alternative it feels that this might be a worthwhile project to think about since it could bring back interest to the idea for a little while, and it would be fun to see the actors once again if they agree. If it never happens it wouldn’t be that big of a surprise, but if it did, then it might be able to keep up the tradition with the cameos.