Home
Television
Will the Show “Comic Book Men” Get a Revival? 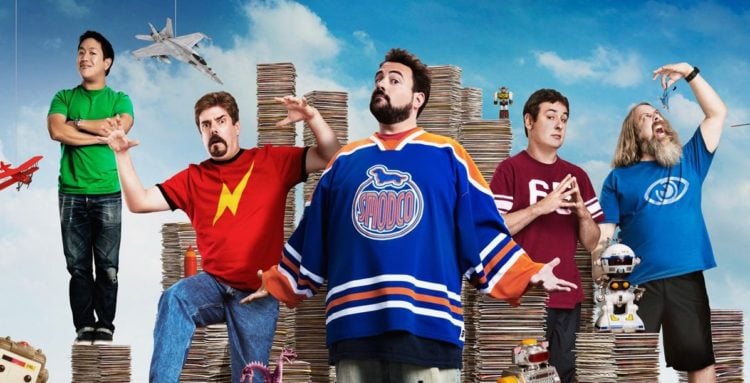 If you’re a fan of Comic Book Men then you might be hoping that it gets revived by another network, but you might want to avoid getting too excited just yet. Kevin Smith, the creator of the sdhow, has yet to find anyone that’s willing to take the show on, though he’s been making his pitch. The main reason why AMC decided to give the show the boot is that it wants to eliminate as much of the reality TV influence that it can. Right now reality TV is simply too much of a hassle on too many channels and despite the fact that the show does have a big fan base it’s still a reality show that features grown men talking about comic books and movies and helping others find what they need in their store. You do know what some folks would say about this, right?But let’s put aside that old stereotype for the moment and focus on why the show is really popular.

More people love comic books and the movies than you really think.

The casual fan will like a comic book, sci-fi, or fantasy movie because they’re very entertaining and offer a pleasing escape for two to three hours at a time. Others, those that are really dedicated to the films and the comics, tend to be a little more discerning and will have their favorite writers, artists, and even their favorite story lines. There are more people out there than many people would care to realize that are deeply into comics, movies, and everything that goes with it. There is a real market for this among adults and the reason why Comic Book Men is a beloved show has to do with the fact that adults identify more with a lot of things the show depicts.

This is unfortunately the show’s real claim to fame. Kevin Smith’s following is what’s really keeping this film alive, and the reason behind that is that Smith has for a long time been the kind of guy to speak his mind and back up his claims with the knowledge he’s accumulated in his field. While he’s not a dumb man he does come off as a big kid sometimes and seems to enjoy the description. It’s not a bad thing really as he and his buddies get paid for doing what they love, but it’s also the only thing that’s really keeping the show going. Some fans might enjoy the other characters within the program, but it’s no doubt Smith and his loyal fans that are keeping the show afloat.

There are a few reasons why it might be getting picked up however.

Like all reality shows it feels way too staged.

So someone comes in needing something specific and doesn’t just need to “look around” as so many people do. It’s not out of the question for someone to just show up at a comic store and have something specific in mind, but unlike those folks a lot of us, myself included, would go to the comic store just to see if there was anything new on the shelves rather than to find something specific. Comic stores are after all a fan’s delight when it comes to poring around and seeing what there is to see. You can find new artists, new interests, and old favorites in most stores that you might have not seen in some time. But those kind of customers don’t always make for the best story line unfortunately. That’s why you get scenes like the one below that can actually spark interest.

It’s harder than it looks to keep a comic store operating.

Back in the day a comic book store could be operated fairly easily since digital print hadn’t become a thing yet. Now however digital print is really starting to make an impact on print sales and is causing a real problem when it comes to keeping stores open. Some of them operate at a constant loss as they cater to those that have specific tastes and aren’t regular shoppers. Comics are a necessary escape for some people, but the print versions are slowly giving way to digital due to the ease of use and the idea that a person won’t have to invest in plastic sleeves and a large box to keep them in.

If Comic Book Men does manage to get a revival there will be a lot of grateful fans, but if the networks don’t want it then there’s always a chance that it could get picked up by a streaming network by Netflix so that people could continue to watch the episodes at least. If it doesn’t then so be it, but at least Kevin Smith is still working on a couple of projects.