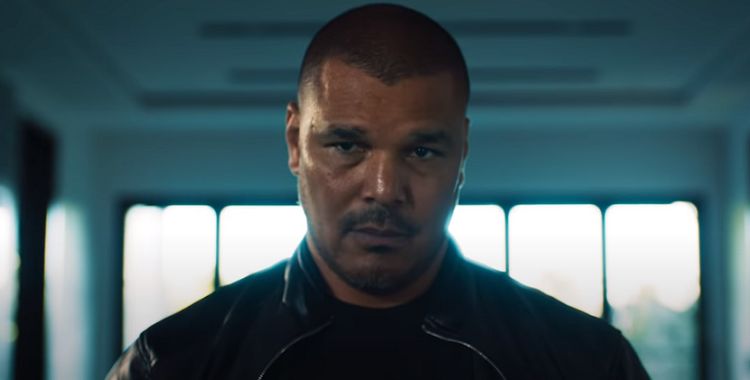 Being a treasure hunter doesn’t appear to ball it’s cracked up to be. Sometimes fan films are the best since they don’t need to go out of their way to be great, they only need to deliver action then, there, and with enough of a punch to really make the fans feel it. In this case, the whole idea behind grabbing the letters was facilitated by Nathan being captured and, unfortunately, beaten for a bit before he was given the chance to go searching, but once his partner managed to find what they were looking for it was just a matter of picking the lock to his handcuffs, kicking the hell out of his captors without getting killed, and then going in search of the letters so that he could lay some exposition down on the audience as feels normal before throwing himself out of a window and having the good fortune of not being shot before making his getaway. Nathan Fillion and Stephen Lang both played their parts remarkably well, so well in fact that it’s hard to think of why a movie hasn’t already been made out of Uncharted. There are reports that such a thing should be well underway and that it’s possible that it could happen sometime next year, but at this point, it’s not really certain just what’s going to come along that might delay the project yet again.

As treasure hunters go, Nathan Drake is one of the more popular ones and he’s obviously one of the tougher and more knowledgable ones, which is what’s needed since half of the treasures that people in said stories go after are those that are fairly obscure and aren’t really known to a lot of people. That of course is one of the reasons why said stories are more alluring in a way since a person can still look up the possible history behind the artifacts that are being sought to see if they’re real or if they’re being made up. The whole idea of a character knowing so much about the items they’re going after is great since it fills in the viewers that might not be big history buffs and lets them in on whatever importance the items carry and why they should care. For some, it might just come off as a lot of noise, but for those that know anything about Uncharted, it’s bound to be something interesting since it does look like something that could possibly make a TV movie or at least a straight to video movie unless of course the stakes were raised and the acting was a little better. No offense to Nathan or Stephen but this wasn’t their best outing, even though it was pretty good.

Uncharted is a movie that’s been needing to happen for a while since the mention of it has been going on for a while. Whether it’s the casting, the budget, the screenplay, or whatever that’s been holding it down appears to have been mostly satisfied, but of course, the coronavirus has kept a lot of things from moving forward at this time as for the last several months it’s been nearly impossible to do anything the way that people are used to thanks to the shutdown, the quarantine, and the need for rigorous safety protocols that are going to be put to work when people get back to it. How it will work has yet to be seen, but the fact is that a lot of people still aren’t willing to risk the health of their cast and crew, which is fortunate and kind, but they do desperately want to get back to work, and to be fair no one can rightly blame them. Obviously a lot of people have been going stir-crazy over the past few months while they’ve been largely inactive when it comes to work, and getting back into the swing of it is going to be a humongous boon for everyone if it gets to happen.

While watching the video however it was funny to note the impossibility of a few things and the amusing idea that everyone thinks that the big-name individual in the room doesn’t deserve a little more respect when it comes to just how dangerous he is and why he’s even mentioned in certain circles with so much disdain. A common thief doesn’t really warrant the kind of feelings that Nathan Drake has managed to raise with some people, so at some point, it does feel that it might be more pertinent to the story for the bad guys to take him a little more seriously, even if he doesn’t reciprocate. Unless the story is going for a fun and engaging time without getting bogged down by details, this feels like something that should be worked on just a little bit to give an actual sense of danger.

January 5: Top 10 Events This Day in Movie and Television History
Comics Lists News Things You Didn't Know Whatever Happened To