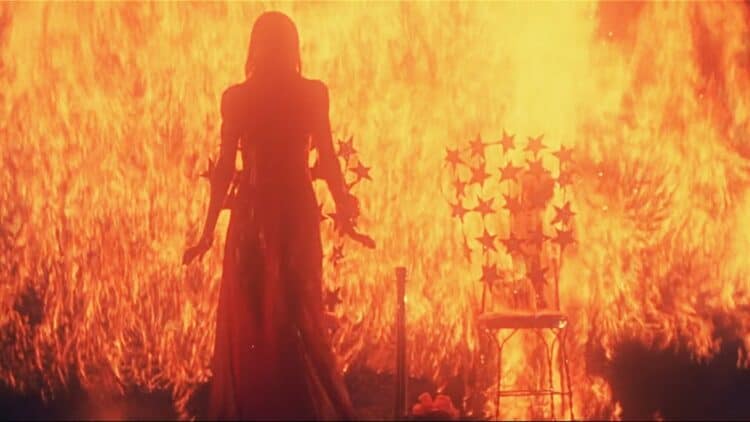 It’s not often that people think about pitting characters from Stephen King novels against each other, especially since some of the more powerful among them feel as though they would either disappoint entirely or would be way too powerful to consider setting on a normal being. For instance, pitting Pennywise against anyone would be kind of difficult since the creature behind the clown is supposed to be insanely powerful, and yet it was defeated by a group of people with nothing more than a special bond, no powers, and no special abilities, only a deep and abiding friendship. Some would argue that this would be enough to beat anything, but realistically, Pennywise should have been able to annihilate them. Getting back on the subject, the idea of power is important to mention when talking bout Carrie White and Charlene McGee, or Charlie for short, since both characters have abilities that make them true powerhouses. When it comes to determining the extent of their powers, however, one has to decide which version to cling to, since both movies have been remade, and it would appear that their powers have been altered just enough to be noticeable.

Taking the examples of the 2013 remake of Carrie and the 2022 Firestarter movie, it becomes easier to find even ground between the two since there are plenty of differences between Carrie and Charlie, especially since despite how miserable Carrie is, she does have a home that she doesn’t have to abandon, though she has a mother that tortures her without cease. Charlie, by contrast, had two loving parents, for a while, but a home that could be taken from them at any time if those seeking them out ever caught up to them. Both young women were therefore exposed to traumatic events in their lives that only exacerbated the power they held within, meaning that their emotions would increase the likelihood of an incident at any given time.

Calling this kind of fight for either one of them would be tough since both young ladies have a great amount of power, but a battle between them would be highly destructive, and one has to wonder who has the greater control, Carrie or Charlie, and whose power would trump the others. Many think that Carrie would stomp Charlie in a big way, that her telekinetic abilities would be too strong for the pyrokinetic, and would overwhelm her in a huge way. But Charlie is a walking bomb, almost literally, and in the recent Firestarter remake, it’s seen that she has telekinetic abilities as well, albeit not as powerful as Carrie’s. But one should think that her ability doesn’t have to be great enough to do much more than distract Carrie, since Charlie’s pyrokinetic ability is sudden and explosive, and while some folks think that Carrie could easily divert the fire, a meaningful attack could see Charlie affecting Carrie’s surrounding to disorient her. Again, a lot of folks might counter with the idea that Carrie might just walk through the fire with a well-placed barrier that might keep the flames at bay. Others would argue that Carrie’s ability to walk from a burning building without being fazed was because she started the fire. She knew the source of the destruction was her own power. What happens if the power is coming from a source she can’t control?

It’s not wise to discount either young lady’s power since while Carrie’s telekinesis stands out as a huge advantage, but Charlie’s power is destructive in a way that’s not hidden but is insidious in the way that it can build slowly, or flash fry something, or someone, if she loses control. In the most recent movie, it can be seen that Charlie can lose control quickly and without meaning to,  or she can fry someone within an instant as her power can elevate the surrounding temperature from normal temps to a white-hot blaze in an instant. The only delay that happens with her power comes from her attempt to keep it bottled up, or from her inexperience with fine-tuning the ability in ways that allow her to pinpoint a target. Carrie’s power is also instantaneous, but this is where it becomes difficult. Who’s faster off the mark?

Could Carrie eliminate Charlie before Charlie roasted her from the inside out? Could Charlie cause Carrie’s body to burst into flames and incapacitate her before the other woman could launch a telekinetic blast that might cause serious damage? It’s tough to say, but it also feels as though Charlie would be quicker off the mark since Carrie is more hesitant until she’s pushed, while Charlie is bound to react in anger if she feels threatened. It would no doubt be a debate that would see people pick one side or the other, and it would be a battle that would be insanely destructive. But it would be an interesting fight to see.

Carrie vs. Charlie McGee: Who Wins?