Home
Movies
Can A Deadshot Movie Actually Happen For The DCEU? 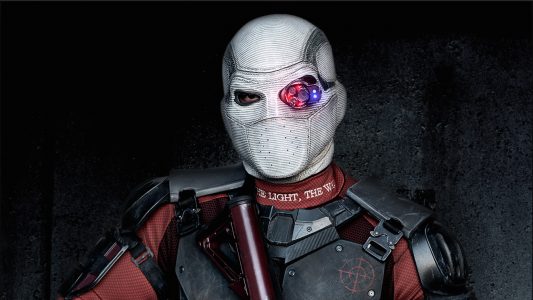 Who’s the deadliest assassin in DC Comics? That would probably be Floyd Lawton, aka Deadshot. But wait, what about Slade Wilson, better known as Deathstroke? Okay, it’s a pretty crazy competition, but our guy Floyd is usually placed on the top of that list. And why is that? Well, it’s because he never misses. He’s basically the Bullseye of DC, but no where near as psychopathic. And that’s seriously a good thing, because the Deadshot character has evolved over time.

Let’s take a look at how we’re used to seeing him in the modern era. For those who don’t read too many comics, you might be more familiar with his role in DC’s dirty dozen team. If you remember the 2016 movie, Suicide Squad, one of the very few good things you might remember from it would be Will Smith. I mean, let’s be real. When does Will Smith not play a fun leading man? Okay, maybe you can point to some few exceptions, but for the most part, he’s fun to watch. He’s been in the game a long time, and personally, I’ve been wanting to see him join the realm of comic book movies for a while. That’s why when I heard he was cast as Floyd Lawton, I got super excited.

Say what you want about the Suicide Squad movie; it certainly deserves the criticism, but you must admit, Will Smith really killed it as Deadshot. My only real criticism of his take on the character was that he didn’t really wear the mask too much. But boy, oh boy, did he look awesome when he wore it. I just figured that if we got him in the sequel, he would hopefully wear it more and not kill the putty men from Power Rangers. What a cheap, cartoony way to show Deadshot in action.

And as we all know, much to my chagrin and DC fans everywhere, Will Smith will not return to reprise his role as Deadshot in James Gunn’s The Suicide Squad. I remember when Idris Elba was set to replace him, but thankfully, he’ll be playing the character Bloodsport instead. That’s good news, because at least it leaves the door open for Will Smith to return for a third movie. I really, really hope it happens, because Will Smith deserves to be in a great comic book movie.

With the Suicide Squad movies aside, there was, however, a long-running rumor that DC wanted to give Will Smith his own standalone Deadshot movie. Last I checked, that movie was among the many DC movies that was on the development table. On the surface, it seems like a pointless idea. I mean, it does make sense from a business standpoint. To state the obvious, DC and Warner Bros. probably wants to use the stardom power of Will Smith. It certainly worked with Suicide Squad, as he pretty much carried the weight of that film.

However, there is still a significant difference between having Will Smith’s Deadshot lead the Suicide Squad and giving him his own movie. If you look at the Suicide Squad comics, Deadshot is usually the leader, albeit a reluctant one. He basically took up that role in the movie and it worked. There was even enough room to dive into his personal life. What makes Deadshot such a truly human character is his desire to be a good father to his daughter, Zoe. Can a ruthless assassin be a loving father? Sounds like an obvious no, but in the case of Floyd Lawton, it’s actually possible. Deadshot’s daughter can be shown as his Achilles heel and his greatest strength all at once. It can distract him from his missions, but also gives him a reason to live through them.

In fact, that could be a good plot device for his solo movie. Let’s assume for a minute that a Deadshot movie can actually happen. What would it actually be about? If it’s going to be a strong solo movie, it would have to be about more than just Deadshot going around shooting people. We can easily get more of that in another Suicide Squad movie. For me, when it comes to all comic book characters, I think it’s important to go back to the tale of the tape.

Floyd Lawton debuted in DC Comics as a Batman villain in 1950. When he did make his first appearance, he was far from the Deadshot character we know today. The Deadshot that debuted back in the day wore a far more elegant suit with a top hat and fancy suit. The man known as Floyd Lawton was actually a vigilante who subdued criminals by shooting the guns out of their hands, never killing them. He started doing this when Batman and Robin were in space. Once they got back and saw that Gotham City recognized Floyd Lawton as its new protector, Batman investigated him.

What he discovered was that Floyd Lawton was never intending to become Gotham’s new protector. His real goal was to eliminate Gotham’s criminal underworld so that he could take over. Luckily, Batman was there to stop him and had him imprisoned. After that, Floyd escaped from prison and donned a new look: the iconic Deadshot outfit we all recognize.

Now if we ever get the Deadshot movie, I would like to see a brief origin story with a de-aged Will Smith dressed in that gentlemen’s suit with that big hat. Heck, we already saw a brief version of that in Suicide Squad when he was walking with his daughter. It would be interesting to see how he went from that, to adopting that iconic mask.

But what about the rest of his outfit? He’s an assassin who wears bright red. How does that work? Well, it’s because he’s famously known for having a death wish. The bright red is so that someone will see him and possibly kill him. In fact, there were times when others came close and he was disappointed. We could see that side of him in a solo movie and have that flush out in order to understand him. However, having his daughter could be the reason he changes that whole suicidal mentality. It would make for an intriguing journey for the character and show us why he became less villainous. His rivalry with Batman may never end, but they can still humanize DC’s most lethal assassin. Sorry, Deathstroke.