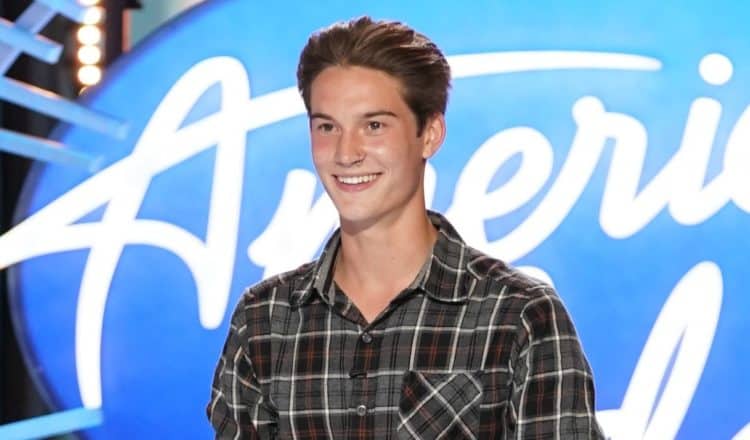 Just a few months ago, Cameron Whitcomb was a typical teenager who loved singing in his free time. These days, however, he is on track to become the next American Idol. As a contestant on the 20th season of the show, Cameron has earned lots of respect and attention from judges and viewers thanks to his beautiful singing voice. Each week, he continues to show up and show out and he has officially locked in a spot in the top 24. Even if he doesn’t end up winning, he can walk away knowing that his fan base has grown tremendously and there are more opportunities waiting for him. Keep reading to learn 10 things you didn’t know about Cameron Whitcomb.

Since the show is called American Idol, most people have probably assumed that all of the contestants on the show are from the United States. However, that isn’t entirely true. Cameron is Canadian and still lives in Canada. Some have expressed that they feel it’s unfair for Canadians to compete on the show.

2. He Has a Large Social Media Following

Being on a show like American Idol can definitely help raise a person’s status on social media, but Cameron is already doing pretty well in that department. He currently has more than 10,000 followers on Instagram and he also has almost 5,500 followers on TikTok.

3. He Plays the Guitar

Cameron’s awesome singing voice isn’t the only thing he has to offer listeners. He also started playing the guitar and it’s something he’s really grown to enjoy. In addition to the guitar, Cameron also has some experience with the drums. Hopefully, we’ll get to hear some of his instrumental talents during the season.

Cameron has a bit of an adventurous side and his love for motorcycles has allowed him to explore that. When the weather is nice, he loves to go out and ride and he also enjoys going off-roading. That said, we weren’t able to tell whether Cameron has his own motorcycle.

Even though he is on a show that has put him in front of millions of people, Cameron seems to be a relatively low-key person who isn’t interested in having his every move put on display. Despite being active on social media, he doesn’t post anything regarding his personal life.

7. He Hasn’t Released Any Original Music

Something that makes American Idol so interesting is the fact that the contestants are often at very difficult stages in their journeys as musicians. While some people have already toured and released albums, others have never even performed in front of anyone. Cameron seems to be somewhere in the middle. While he’s not new to sharing his talent with others, it doesn’t appear that he has released any music of his own.

8. He Likes to Do Backflips

Cameron’s musical talents aren’t the only way he knows how to keep people entertained. He also has some acrobatic skills. He’s a pro when it comes to doing backflips and that talent has gotten him some attention from the judges. If he ever needs a way to hype the crowd up, a good backflip should definitely do the trick.

9. American Idol Reached Out to Him to Audition

Long gone are the days when all of the contestants on American Idol had to wait in line for hours to get a chance to audition. These days, the show actually seeks talented people out. During an interview with Beach Radio Kelowna, Cameron shared that a producer from American Idol reached out to him about auditioning for the show after seeing one of his videos on social media. Initially, Cameron didn’t think he would be eligible for the show because he’s Canadian but the producer informed him that there were making a few exceptions.

10. He’s Made A Lot of Friends During His Time on the Show

Being on American Idol hasn’t just been a huge boost for Cameron’s singing career, but it’s also had some positive effects on his personal life. Since being on the show, he has formed friendships with several of the other contestants. Having people to lean on during an experience like this can definitely help make things less stressful.