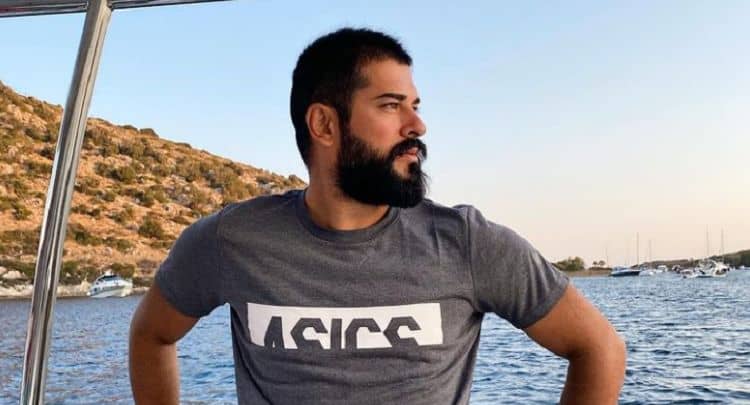 If you are struggling to figure out where and how you know the name, it’s all right. Burak Ozcivit is not a household name in the United States. He is, however, exceptionally famous in Turkey. He was born there, raised there, and he made it big there as an actor and a model. His fans have been following along since he made his debut in the industry almost 18 years ago in 2003. He’s made a name for himself, amassed an impressive resume, and created the life he always imagined living, and now his fans want to know more about him.

Growing up in the 80s was a great time to grow up. Of course, everyone had a different experience. This young man grew up in Istanbul, and it was a different time for that part of the world. We do not know much about his childhood or how he lived his life, but we can imagine that he has some stories to tell. He was born on December 24, 1984.

2. He is College Educated

After he finished his education at Kazim Ismen High School in Istanbul, he made a big move and enrolled in courses in college. He attended Marmara University, and he graduated with a degree in fine arts and photography.

Before he was an actor, he began his career modeling. It was 2003, and he was still a teenager. He was asked to do some modeling work, and he was good. He spent three years, while he was in college we imagine, working as a model and seeing what he could do with those contacts he made to further his career.

It would be another three years before this man got a chance to act on a television series. In 2006, he had a chance to work on a series called Eksi 18. The work he did acting allowed him to gain immediate attention. His star seems to have grown overnight, and he has not looked back since.

“Gossip Girl,” is one of the most famous shows on television, and it’s huge in the USA and everywhere else. Even the people of Turkey watch the show, which is why a Turkish version was created. He got to star in the Turkish version, which is such a cool thing for someone to get to say he did.

He dated a woman by the name of Fahriye Evcen before getting married. The two met at work while they were working on a project, they began dating, they fell in love, and they got engaged. On March 9, 2017, he asked her to be his wife while they were together in Germany. She agreed, and they exchanged their vows in Istanbul on June 29. 2017.

It seems that this is a happy little family. He and his wife had about two years together to enjoy their marriage prior to their son being born. They welcomed a little boy, Karan, on April 13, 2019. He is the light of their lives, and he is one proud father.

8. He Keeps to Himself

He might have one of the most notable careers on his side of the world, but he’s not making his private life well-known to anyone. He keeps his marriage, his child, and his personal life to himself, and more actors should take a page from his book and do the same. Privacy is so important in a family. No one should know everything about what a family is going through and how they are living their life unless the family knows them personally and has invited them into that area of life.

9. He is a Sweet Husband

While he might not speak much about his family online or with the press, he never misses an opportunity to share his wife’s birthday. Most recently, in the early summer of 2021, he was on social media wishing her a happy birthday with a sweet note and a loving caption. He is clearly smitten with his wife, their little boy, and the family they created.

It’s been said that his acting career is good, but his net worth speaks for itself. As of 2021, it’s estimated that his net worth is somewhere around $5 million. He’s worked enough to amass this kind of wealth, and he doesn’t live an extravagant lifestyle, either.