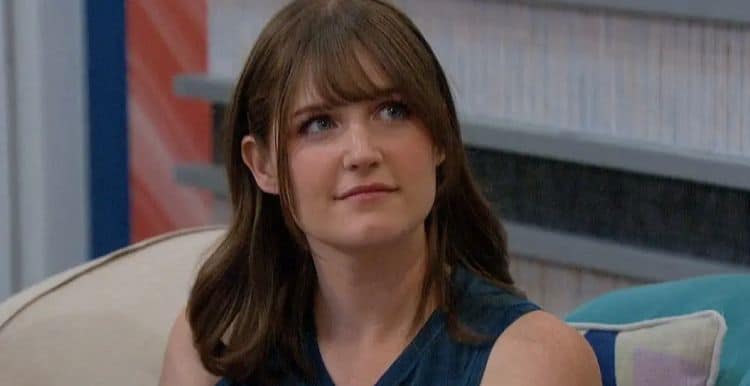 For more than 20 years, Big Brother has kept people entertained and intrigued. As one of the most intense competition shows on the air, it has attracted dozens of people who were hoping to go home with the prize money. Season 23 has gotten off to an interesting start and the House Guests have settled into the game. So far, Sarah Beth Steagall has been getting a lot of attention. Even though viewers seem to have mixed feelings about her, one thing everyone can agree on is that Sarah is a fierce competitor. Whether people like it or not, she’s willing to do whatever it takes to become the show’s next winner. Keep reading to learn 10 things you didn’t know about Sarah Beth Steagall.

1. She Is A South Carolina Native

Sarah is originally from South Carolina, but she currently lives in Fort Myers, Florida. We weren’t able to track down any information on her family or her upbringing. There’s no doubt, however, that her southern roots have played a very big role in her life.

2. Big Brother Is Her Only TV Experience

Sarah isn’t the type of person who has always dreamed of being a reality TV star. In fact, Big Brother is her only experience in the entertainment industry. Now that she’s gotten her foot in the door, that could possibly change. It’ll be interesting to see if she looks for other TV opportunities once the season is done.

3. She Has Been Studying Japanese

Sarah is a big fan of anime, and as a result, she has also made an effort to learn about Japanese culture. She has even been studying the language and it’s something that is very important to her. She hopes that she doesn’t forget any of what she’s learned while she’s in the Big Brother house.

4. She Is A Scientist

If there’s somebody who knows exactly how to come up with a strategy and see the bigger picture, it’s definitely Sarah. She worked as a forensic scientist and a chemist. While these things don’t directly correlate to Big Brother, there are definitely some skills that overlap.

Social media is usually the first place people go when they want to learn more about Big Brother contestants. However, when it comes to Sarah Beth Steagall, there isn’t much to find. As far as we can tell, she isn’t active on any social media platforms. Maybe she’ll decide to make accounts once the season is over.

6. She Suffered From A Speech Impedenemt

Sarah may be well-spoken now, but that wasn’t always the case. She was actually a late bloomer when it came to speaking in general. In her official bio on the CBS website, Sarah said, “I had a severe speech impediment and was unable to communicate clearly until I was seven years old.”

7. She Has A Set Strategy For Winning Big Brother

There are plenty of people who enter the Big Brother house and just hope to wing it. However, that isn’t Sarah’s style. When it comes to her strategy, Sarah’s bio states, “I plan to float! I want to make everyone around me feel at ease and convince them I’m a non-threatening, loyal person. Once they realize I’m only playing for myself, hopefully it’ll be too late to stop me.”

Butterflies are widely considered the most beautiful insects. Their beautiful colors combined with the graceful way they float through the air are enough to grab anyone’s attention. Surprisingly, Sarah isn’t a fan of butterflies at all. In fact, she’s actually terrified of them.

Sarah definitely has a nerdy side, but she doesn’t have any shame in her game about that. On one hand, she’s all about science, but she also likes to be creative. As mentioned earlier, she is a big anime fan and that has resulted in her developing an interest in sewing. She loves to cosplay and sewing gives her the chance to make her own costumes.

10. Some People Think She Is Lying About Having A Girlfriend

Big Brother isn’t the type of reality show that focuses on cast members’ personal lives, so there isn’t a lot known about Sarah outside of what she’s shared on the show. That being said, Sarah has shared that she’s in a relationship with a woman, but there are lots of people who aren’t buying that. Apparently, people seem to believe that Sarah lied about having a girlfriend as part of her strategy. Of course, only time will tell whether or not she’s actually telling the truth.