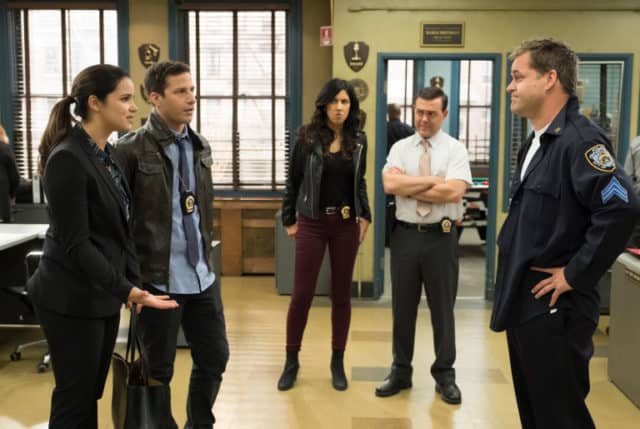 I keep forgetting how dumb the average television viewer is.  It’s the only thing to explain why a show like Brooklyn Nine Nine would even be considered to be on the chopping block.  Luckily FOX didn’t have to pull the plug on the comedy cop series and granted it a 5th season.   Brooklyn Nine Nine is still one of the best comedies on television and I’m 100% convinced the only reason more people don’t watch it is because they don’t “get it.”  Captain Holt (Andre Braugher) might be my favorite character on television, period.  But like I said, the average TV viewer just doesn’t “get it.”

The degree of class, IQ, and sophistication Holt has is so high that the show parodying how smart and suave he is has to go over too many people’s heads.  My guess is that the show gets laughs because of Peralta (Andy Samberg) and even Rosa, when it should be getting the majority from characters like Holt and Boyle.  It bothers me that the only thing that gets laughs is more of the slapstick stuff when those aren’t nearly the funniest moments.

Want another show that was very similar in terms of not engaging a wide enough audience?  The Mindy Project.  It’s found a nice home on Hulu because there it’s viewers “get it.”  On FOX The Mindy Project ultimately didn’t survive because it’s humor was above the heads of too many people.

I could be wrong but these are my reasons and I’m sticking to them.