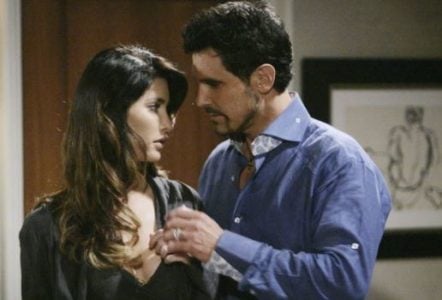 The Bold and the Beautiful fans know that Steffy is feeling more than a little bit guilty about sleeping with her husband’s father in the last week or so, and she’s having a breakdown. She’s emotional and having a difficult time with all she’s done, and that’s not going to bode well for either of them. She’s going to have an unstable moment in which Bill with warn her what might happen if she spills their secret to Liam. He is aware that she wants to come clean and get rid of the guilt she’s feeling, but he warns her that nothing good will come of this. The moment she opens her mouth to say a word to him, he will leave her.

What does Bill care? He’s already made it clear he is not a fan of his son, his feelings, or whatever else. He’s slept with his son’s life, destroyed all he worked for, backstabbed him, and taken from him. What, precisely, does Bill care if his son finds out he’s sleeping with his wife?