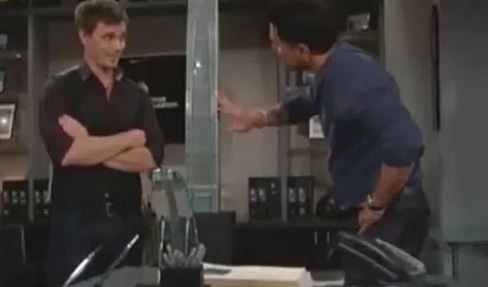 The Bold and the Beautiful spoilers indicate Bill continues to spend his time in a bad place. His guilt is too much to bear right now. He’s got to find a way to make sure he can get rid of his guilt and his fears. He feels horrible about what happened to Liam and Sally, and he doesn’t know how to fix it all. He will confide in his other son, Wyatt, that he feels guilty and responsible for all that happened. And we are surprised to hear that Wyatt doesn’t think Bill should feel guilty at all. Of course, we also think that Wyatt is going to say and do whatever he can to make sure his dad is happy with him.

While Bill is upset that he might never get his son’s forgiveness for all that happened, he is also upset that he might not ever get a chance to win Brooke back. She’s got her own life to lead, and she’s not especially sympathetic to him right now. He’s finally starting to realize what is good in his life right now, and he has to win it back.

And Wyatt isn’t doing anything other than working to ensure his father is given a chance to like him. He knows it won’t be long before Bill finds out about him and Katie, and he wants his dad to like him first. He’s selfishly doing this, and it’s going to come back on him.