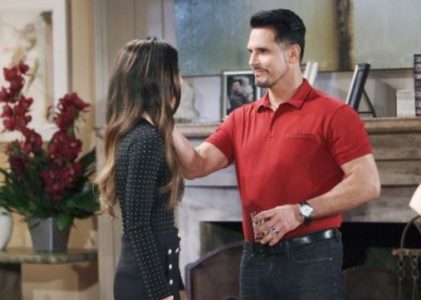 The Bold and the Beautiful fans are going to see Ridge continue to want to destroy Bill — which is also a hint that he is probably not going to kill this man. But this is not going to go well regardless. There is nothing good coming of any of this, and we hear there is a chance he is going to approach Liam to ask him if they can work together. Can Ridge really come up with a plan that might help him get back at Bill using his own son against him?

We think he might, and we think that whatever they do is going to end up hurting Steffy and the baby she is carrying. What they don’t know is that Bill is going to realize what he did was so wrong, and they won’t know he plans on spending some of his own time telling Steffy that as much as he loves her and wants to be with her, he can’t. She should go back to Liam and work things out.

But that’s what she wants. She wants to go back to Liam and work things out. Except he won’t take her because of what transpired between herself and Bill. And Bill doesn’t get that. He thinks Liam will just forgive her and they can live happily ever after for the rest of their lives. He doesn’t seem entirely aware of just how much damage he actually caused here. He’s not even remotely interested in that, either.