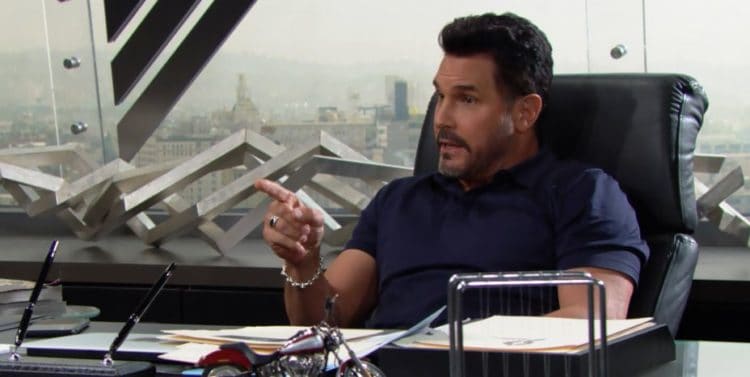 The Bold and the Beautiful fans know that Thomas is a dangerous man who is going through some dangerous life decisions in his own mind right now. He’s not all there. He’s suffering from something going on in his mind, and he cannot get control of it. He’s not dead after falling from the cliff, but he is not doing well. His life is clearly on the line, and his father is horrified. He knew that Thomas might do something to harm Hope or that was just stupid in general, but he’s gone and accused his wife of pushing his son over the edge in hopes of killing him. She’s horrified that he would think that, as she would never do anything of the sort to his son or to anyone’s son for that matter — though she would have if she thought it was the only way to save her daughter. It’s been a horrible situation, and we cannot figure it out.

A devastating fall puts a family on the edge this week on #BoldandBeautiful. pic.twitter.com/KLWdv5JYTF

Things are turning around for so many people, and we get it. We might not see it working out in their favor, but we can see that Shauna was not really aware of just how serious her daughter’s situation was until just now. She literally did not seem to realize that her daughter was in jail and that this means she did something so awful. She didn’t think it was that bad, but she’s essentially a kidnapper and a person who committed serious fraud, and that it just not good. But, what else is going on around here that we don’t know much about? Is there a chance we can see things unfold in another manner of speaking? We know that this is not good news, but we also know that there is a lot she doesn’t get. This visit to see her daughter in jail might just make her realize how serious and how awful things really are with her and with her life.

Again, we also know Ridge does not believe his wife and her version of what happened to his son when he fell off the cliff. She’s trying to tell him how it happened, but he simply does not believe her. He cannot believe that this is a real story or that this really happened or that this is a situation that they could actually consider a reality. He’s shocked, upset, and his wife is not happy with his reaction to her. We can safely say this will never end well for any of them.