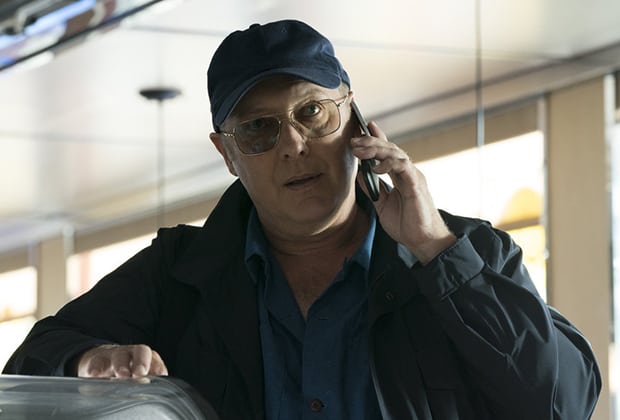 Well fans, The Blacklist has finally returned to our television screens. I apologize for the tardy nature of this review, but my local NBC affiliate is currently at war with DirecTV, so I had to work it into my schedule a later time. It has been a nightmare, so please feel free to tweet and yell at both of these companies in hopes of resolving the issue soon!

All of that said, I was mightily impressed with The Blacklist’s return. After Season 4, which certainly had its ups and downs, they announced that Tom Keen would be returning from the short-lived spin-off series, The Blacklist: Redemption. I certainly believed that Tom’s character had run its course on the show and wasn’t sure how he would fit back into things. However, putting him at secret odds with Reddington brings back a very Season 1 feel to the show, which resonated throughout the episode.

I also wasn’t certain how they would handle Reddington’s empire collapsing, but what emerged was an intriguing new story arc as he rebuilds a team of new recurring players to join his empire. I knew there would be a reason he was so hung up on Smokey Putnum, but I was a little bit giggly when I found what it was (in a good way). One thing that has never changed about this show is the excellent portrayal of Reddington by James Spader.

In a lot of ways, this episode reignited my love for the show. Not only did it show Reddington at his absolute best and find a solid new story arc for Tom, but it heard one of my longstanding complaints and involved the supporting players in the story much more. Samar and Aram are now “together”, which causes issues about conflict of interest and workplace dating. Of course, their conflict is overshadowed by the fact that Reddington is in fact Liz’s father, but I’ll get to that shortly. Then there’s Ressler, who has his first interesting arc in ages, and is going to be blackmailed by a fixer for his role in a high profile death. There are several brand new plot threads that I’m interested in following.

With this season five premiere, a lot of my longstanding concerns about the show have been addressed. I approach the future with cautious optimism as I have in the past. Sometimes, I’m enthralled and sometimes I’m disappointed. But the show has been consistently good enough over the past 5 years to earn my trust.

What did you guys think? Are you happy that The Blacklist is back? Did you enjoy the episode? Let us know!

The Blacklist airs Wednesdays at 9pm on NBC