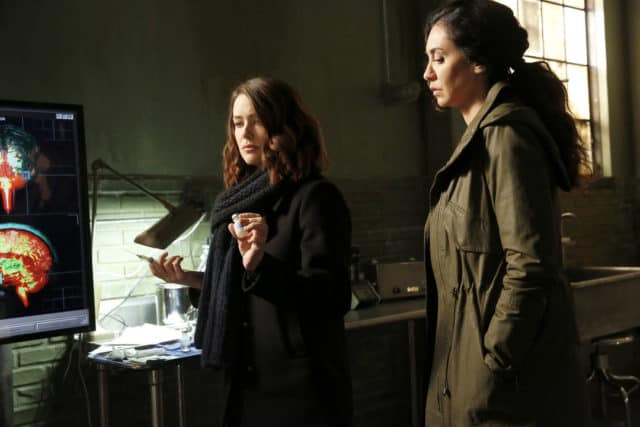 I mean it. The Blacklist has improved by leaps and bounds since Tom Keen left to do his own thing. Almost all of the complaints I had about the show evaporated into Redemption. What remains is a half-procedural, half character-driven drama series that explores ideals, hopes,  and dreams of all different kinds of Americans…who happen to be FBI agents and criminals. Still, largely, the show’s improvement since cutting the dead weight has been apparent. This episode was no exception.

This week on The Blacklist: Reddington  and Dembe continue the hunt for Mr. Kaplan, who uproots the trust from one of Red’s greatest allies. Ressler is abducted mid-investigation, and memories are planted in his brain to try and elicit action from him. The task force chases down Dr. Bogan Krilov, a blacklister who alters memories on his subjects, and has a connection to Liz’s past.

Earlier when I said “largely”, what I meant is that now The Blacklist still feels a little bit like the Red and Liz show, with other characters sprinkled in the background. I’m not saying that shouldn’t be the case, because James Spader is one of the best actors on television right now, and Reddington by far one of the most compelling characters in the same spectrum. Still, this episode highlighted one of my remaining apprehensions about the show, which is simply that the other task force members don’t get enough screen time. Ressler got a little bit this week, but was still pushed aside by Liz’s memories and Reddington’s alliances. It’s a four star show, but a show that better balances Ressler, Harold, Aram and Samar (who barely had a glance at each other this week) is a five star show.

All told, I’m still extremely curious at what secrets Liz could be hiding from herself. I think the series has been hinting for some time that Katarina Rostova could still be alive. Perhaps the memory is hidden from all of them except Mr. Kaplan? This episode didn’t mention her outright, but Kaplan is trying to lead Reddington to further ruin and Katarina being alive could do it to him. I’m just speculating, of course, but I sincerely hope that the mystery is worth the build up.

To continue the show’s viability going forward, The Blacklist can do two things:

I still think this is a good show most of the time, and at times a great show. But the mysterious pasts of Liz and Reddington can get convoluted at times, which makes things hard to follow. Ultimately, though, this has been a compelling arc thus far.

The hunt for Mr. Kaplan continues through a blacklister who alters memories on this week’s compelling episode of The Blacklist.