Home
Television
The Best “People Are Awesome” Videos of 2017 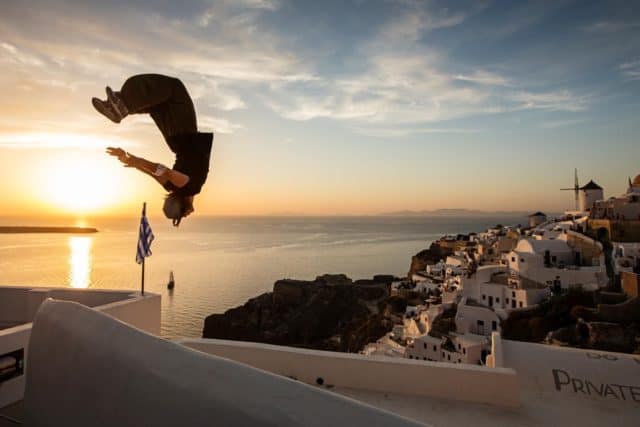 2017 has shown yet again how awesome people can be and what kind of amazing stunts they can pull with seemingly little effort. I had to watch this a couple of times just to get the full experience again and again and to marvel at how awesome some of these clips really were. I mean it, every year people seem to raise the bar on just what awesome is and 2017 was no different. Whether they’re in full possession of a good, healthy body or have some type of infirmity that others might see as a disadvantage every person in this video has managed to accomplish something that’s so incredible that just watching it takes your breath away.

The balance, the strength, the skill, the focus, and the absolute daring it takes for some of these stunts is enough to count as beyond breathtaking. The level of conditioning that some of these people must have endured to get to this point is astounding to think of. It’s almost enough to make me think that I haven’t done enough in my life to really count as that great, but then I look at my life and think that there’s plenty there to be proud of and to count as something extraordinary. In this case these are the individuals that have gone beyond all limits and have managed to transcend to another level that is only imagined by a lot of us as being possible.

The little girl in the pink ballet outfit made me laugh as she managed to kick the training dummy with such practiced ease, but in a good way that I can fully admit means that I’m fully impressed. To think that only a few got into the best of the year is daunting since it means that a lot more that were noticed throughout the year are still unaccounted for on this video. Perhaps that’s one reason why people have the attitude of having seen everything these days, there are a lot of folks that do awesome things and are in fact quite amazing to watch.

Not to be a scrooge or anything but my mind usually goes back to a question that I ask a lot. How many tries did it take for these folks to get everything right? I’m no less amazed now for having thought that but it bears thinking about just how long it took some of these folks to perfect the moment that was captured on camera. For some it might have been a spur of the moment thing that just went right and didn’t require another take. But for others I can imagine that it might have taken a while to really get things right and capture that one defining moment that made them seem worthy to add onto such a film.

Parkour for instance is not an easy task. It takes a lot of dedication and a lot of training to be even half as good as the guys you see in the movies and on TV. A lot of people don’t want to see the failure clips, but I think the transition from those to the successful ones are a sign of what makes people so awesome.