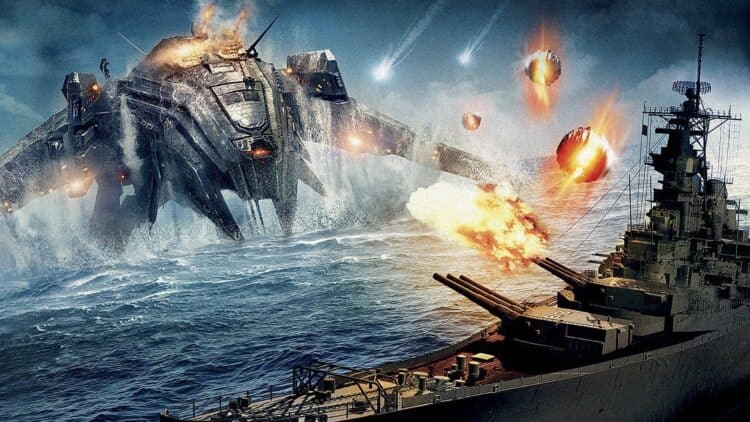 Roughly ten years ago a movie came out that was supposedly, loosely, based on a popular game that many of us can remember playing with friends, siblings, parents, whoever had the patience to get through a game. Battleship has been a fun game for a while so long as one can anticipate and outwit their opponent, but it remained to be seen how it was going to be adapted into a feature-length movie. Plenty of people were trying to figure out how a game such as Battleship would be able to be depicted in a way that would be entertaining and make sense, but the science fiction escapade that was dished up confused a lot of people, and even made folks laugh since the massive errors and plot holes that were found in the movie made it clear that Peter Berg was heavily devoted to the action aspect of this movie, but kind of missed the boat, so to speak, when it came to the overall story. To be fair, it wasn’t the worst movie ever, but it does leave a lot to be desired since some of the material made it tough to really believe in what was happening.

If a person takes this movie as a pure action movie without any real need for logic then they might find it entertaining since there are a couple of ways that it hearkens back to the game that gave rise to it. But apart from a maneuver used to detect and destroy three alien ships that have landed in the Pacific Ocean, there isn’t a lot that can be linked to the game. The action is quite interesting to be certain since the aliens appear to be a combination of creatures that have been seen before, and the amusing thing is that they target anything and anyone that appears to be a threat, meaning the aliens don’t generally target innocent individuals.

But as far as anyone else is concerned, the weaponry that’s rolled out to do battle with the US and Japanese Naval vessels is pretty impressive since, like most alien technology, it’s well beyond anything that human beings can comprehend. The title of the movie still didn’t make a lot of sense, but once every other craft had been destroyed, it behooved the American and Japanese sailors to find something, anything that could help them fight against the alien invaders, who were at that time using the humans’ technology to bring more of their people to earth. Commandeering the USS Missouri created a nice visual since it brought to mind the idea of a bunch of old sea dogs with one more fight left in them, but the reality of the moment, or rather the lack of reality, made it hard to get into the battle unless, as mentioned, one shut off the logical side of their brain. The reason for this is that the USS Missouri had been decommissioned and was being used as a floating museum at that point. The assumption that the ship still had live round and everything it needed to head off into battle was a huge stretch of the imagination, and the fact that one of the characters even went into a few details of what it would take to get the ship running was another mark against it.

Shutting off all logic though, it was a fun final battle since if a person allowed themselves to get into it and forget how ships on the open sea don’t maneuver the same way that Hollywood appears to think, they might stop enjoying it and just walk away. The real downfall of this movie is that the director decided to skirt past common sense and go right into the impossible in a way that he probably knew would be caught. But he did it anyway and tried to create something that would stand out as a great action movie. In a sense, he was successful since this was an interesting action/science fiction movie that went a little too far into the realm of the impossible to really satisfy the people that were watching. The fun part of the movie was getting into the effects, but the ultimate downfall was that it was kind of a mess in a way.

Action movies that go beyond the realm of possibility aren’t inherently bad, and they’re not complete garbage just because they don’t follow a storyline that people expect. But there are times when a director appears to be doing too much when all they needed to do was plot a simple story and not confuse the audience. While Battleship was kind of entertaining, there was too much to think about throughout the movie, and it’s very likely that a lot of moviegoers were wondering whether they should have been impressed or amused by the final product.