Home
Movies
Yes, Jamie Foxx Can Be Electro Again, But What About Spawn? 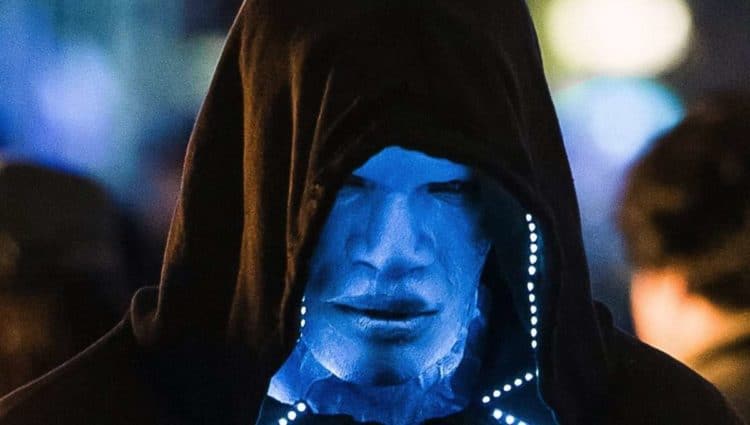 If someone told me Jamie Foxx was returning as Electro, I honestly would’ve laughed in their faces. The thing is, no one ever did tell me that, because literally no one really wanted to see his version of Electro ever again. Seriously, did anyone really want to see him again? If you say you did, I’d have to call you a liar. I’m a fan of Jamie Foxx, but that role… did not suit him. Personally, I’d rather forget about The Amazing Spider-Man 2, but this news makes me all kinds of curious. I know I’m not alone on this, so let’s take a minute to talk about a live-action Spider-Verse movie. If Jamie Foxx’s Electro is apparently coming back, why not bring back Andrew Garfield and Tobey Maguire? Heck, let’s bring back Alfred Molina and Willem Dafoe while we’re at it.

Okay, maybe I’m stretching a bit, but this has to be on everyone else’s minds. It just makes me scratch my head that out of all the characters Marvel wants to bring back, they choose Jamie Foxx’s Electro. What else can I say about his Electro that hasn’t already been said? He looked cool, but his motivations and development were a total misfire. I just didn’t get the vibe that he was an adoring fan of Spider-Man. He was more of a creepy weirdo with the worst social skills and an unhealthy obsession with Spider-Man. There was a chance they could’ve been friends, but then Spider-Man forgets his name, and then he turns wacko. The worst part of it all was that the movie wanted us to feel sorry for him, but we ended up just wanting to be rid of him.

Yeah, that Electro was a missed opportunity, but then again, so was that whole movie. So if no one wants that Electro back, why does Marvel want to include him in the MCU? I mean, he did literally blow up in the end, but then again, this is comic book world. People don’t tend to stay dead for long, especially if they have superpowers. Let’s not forget he was living electricity, so it’s possible a tiny speck of him is running through a cable or something. A crazy theory, but after hearing this news, let’s face it, all bets are off. If this news came from We Got This Covered, I would’ve shrugged it off right away, but this came from The Hollywood Reporter. It’s a legitimate sight, so we can at least trust that this news is a possibility. However, they also said that this news isn’t definite.

That put some curiosity to rest, but then a certain someone came out and added more fuel to the fire. By “certain someone”, I mean Jamie Foxx. That’s right, Foxx himself actually posted that he was returning as Electro in sequel to Spider-Man: Far From Home. The most head-scratching thing about his post was that he specifically stated that he “won’t be blue this time”. Wait, hold the phone. So if he won’t be blue this time, but is reprising his role as Electro, which Electro is he playing exactly? My best guess is that Marvel likes Jamie Foxx and wants him to be Electro again, just not the same Electro he played back in 2014. If that’s the case, then I’m actually all for it.

Look, Jamie Foxx is a phenomenal actor, and while his Electro was bad, he wasn’t the problem. The problem was clearly how he was written and the guy was just doing what he could. He deserves a second chance, and if written correctly, then his charisma can combine well with a colorful character like Electro. I much prefer that Kraven the Hunter be the villain of the next MCU Spider-Man movie, but they can still work in both villains. Now that Peter Parker is a fugitive, he’ll have all kinds of bad guys gunning for him. Spider-Man always has to deal with multiple villains, so you know what? Why not throw in Jamie Foxx as a rehashed Electro? Oh, and if he is coming back as a brand new Electro, that means we could be seeing a Sinister Six origins coming.

If Jamie Foxx is truly returning as Electro, but not the Amazing Spider-Man 2 version, then it does diminish the possibility of a live-action Spider-Verse movie. However, giving a highly talented actor like him a second chance at Electro is exciting. Like I said, I like him and if he has the right script and good direction this time, then he’ll make a fine addition to the MCU.

The thing is, I’m still curious about something that involved Jamie Foxx. He’s confirmed to be playing Electro again, but he was already attached to play another comic book character. Back in 2018, it was announced that Foxx was cast as the famous and violent superhero called Spawn. Yeah, that was two years ago and the project has been going through some obstacles, but the question still stands: where the heck is it? Todd MacFarlane is very adamant about sticking to his vision, rightfully so, considering he created the character. Not only did they cast Jamie Foxx, but Jeremy Renner as Detective Twitch. With two talented actors and the creator himself helming the project, this is an opportunity that just cannot go down the toilet. Well, according to Todd MacFarlane and producer Jason Blum, the project is still in very active development.

They both confirmed this a few months ago, but with COVID still going on, we might be waiting a little while longer to hear any definite news about the project moving forward. I’m glad that they both confirmed that they’re not giving up on the project, but still, our ears are open. If Jamie Foxx is still attached to the project, then how does his return as Electro affect it? I’m really hoping it doesn’t, but I’m just curious about how really “active” the development on Spawn really is. The sequel to Spider-Man: Far From Home is still in the pre-production stage; the Spawn movie is in the same stage. The Far From Home sequel will apparently begin filming soon, so if Jamie Foxx is attached to that project, where does that leave the Spawn movie?

I’m guessing he’ll commit his time to Spider-Man first, then focus on Spawn. If the Spawn movie is still happening, then I’m glad. However, it looks like we’ll have to be patient a little while longer. I’d rather see another take on Spawn, especially since we haven’t seen him in a while. Yeah, I liked Michael Jai White’s take, but not the most accurate. With Todd MacFarlane directing, I reckon the next Spawn movie will be the one we’re waiting for. I must say, thank Warner Bros. for dishing out the 2019 Joker movie. Because of that successful rated R movie, the Spawn movie can get back on track. If it makes money, then we’re sure to get it.

Jamie Foxx also deleted that Instagram post, so I’m just beyond curious. Heck, everyone is. Is he playing a new Electro or the Amazing Spider-Man Electro again? These are questions we fans need answered. We’ve been patient, but I reckon we’ll be getting those answers very soon. Keep your ears open, fellow comic book movie fans. Greatness awaits.