Home
Entertainment
Batman: Mask of the Phantasm Gets the Honest Trailers Treatment 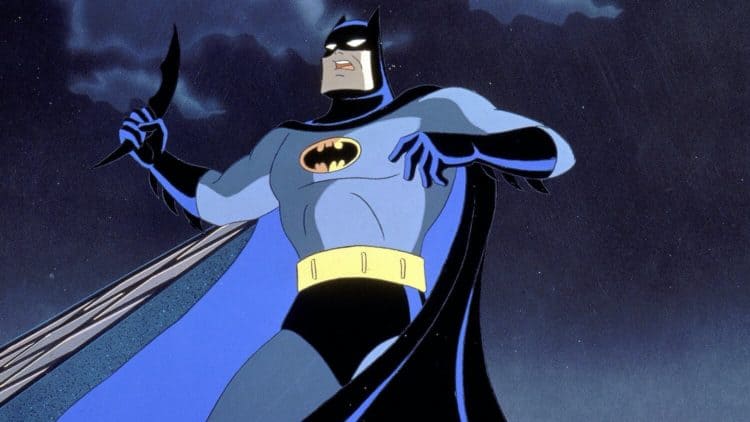 You’ve really got to wonder how many times Batman is going to be retconned before it becomes too much and fans simply give up. Yeah, that’s not likely to happen it would appear since it’s already been done a few times and people are still firmly attached to Batman in a way that almost feels fanatical. Even with Honest Trailers taking on the idea of blasting Mask of the Phantasm it’s not likely that people are just going to say ‘oh yeah, that was lame’ and walk away. Bruce’s story is after all a tragedy that has been shown in a few different ways from a couple of different angles and it’s still one that’s more or less just accepted no matter who’s in the role and how the execution is carried out. Poor Bruce was simply bound to be a tortured soul from the start since the cruelty of what happened to him as a child set the young man on a path that has turned him into a vengeful, almost psychotic individual that can keep himself together just enough to fight crime and recognize which side of the law he sits on. But of course when there’s a case of mistaken identity and he becomes labeled as the killer in this movie all that goodwill with the cops, whatever there was, kind of goes away in a flash.

The whole story of Mask of the Phantasm is so similar to other stories that Batman has been through that anyone watching it for the first time might let out a groan simply because they’ve seen this play out a time or two. Batman tends to fall for women that he either can’t have or that are psychotic….and he can’t have. Obviously, as Bruce Wayne he’s able to get his fair share of women and then some, but the whole part of being a vigilante that stalks criminals at night really feels as though it might put a damper on someone’s love life, especially if a person wants to go out and have a good time with their significant other. But he did contemplate leaving the Batman persona behind for Andrea, right? That has to count for something, at least until she left the country and kind of left him hanging. Obviously ten years later the lesson is that when you leave a guy emotionally bare and with nothing to comfort him but the lifestyle of a masked vigilante it’s a sure bet that he’ll be a crime-fighting dynamo by the time a person returns. Of course, it doesn’t help that the woman that came back into his life was the one committing the murders that he was being blamed for. At least with Catwoman and Talia Al Ghul Batman wasn’t having to clear his name due to being confused with a murderer. But then again, he did have to be convinced to go on after Andrea’s supposed death, since there was no way life was going to be anything close to normal after her reveal.

Of course, normal is kind of a touchy subject with Batman since there’s almost nothing normal about him and it stems from the death of his parents that truly scarred and messed him up in a way that was so fundamentally damaging. It’s kind of obvious that no matter what Batman does that he would never be given a chance at a normal life unless he went to therapy for a couple of years and was completely done with the vigilante life. And if that happened then a lot of fans would have already rioted by now since Batman has been a beloved hero for so long that simply taking him out of the equation would have been one of the worst things that DC could have done. So he’ll continue to exist as a tortured and psychologically damaged individual that’s tougher than nails and hides his many insecurities and fears behind the veiled mask of the world’s greatest detective. It sounds like a very lonely and extremely hard way to live, but somehow the Batman keeps getting written into the picture again and again as his marketability continues to rise as he’s given a new look and a new actor to play him every so often. Is anyone going to mention that Bruce Wayne should be an old man at this point and possibly on his deathbed?

Nope, probably not, since just about every superhero that’s ever been created, barring a handful that have stayed deceased, has been brought back at least once or twice in the comics, and it feels as though it’s bound to keep happening so long as the fans are willing to pay to see them. Imagine being an immortal character that had to be depressed and lonely no matter what. Now that’s a sad thought.