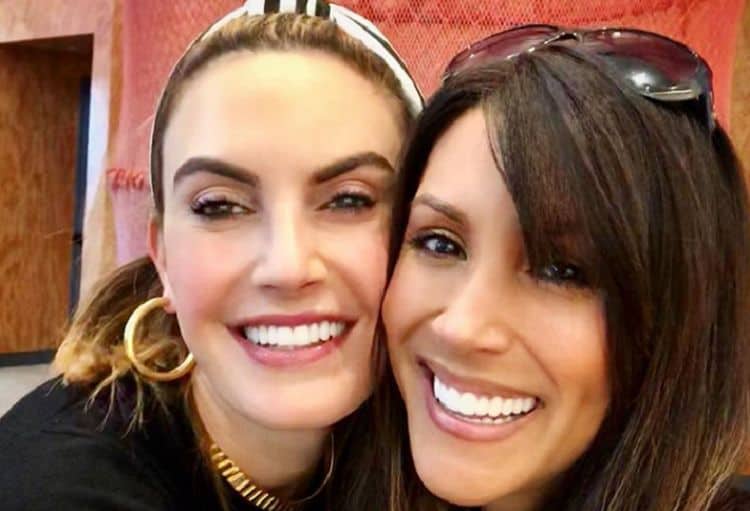 If you don’t know who Leeann Tweeden is then it’s kind of a safe assumption that you don’t watch a lot of sports. Of course if you watch sports and you still don’t know it could be that you don’t watch the shows she’s been associated with. That being said Leeann has established herself as the kind of person that isn’t satisfied with doing one thing in her life, she’s done several that are connected to each other in some way but are just different enough that she’s been able to improve her skill set and become one of the more interesting and unique people walking around today. She looks like a pretty face but there’s a lot more going on there than a lot of people can see since she’s a confident, intelligent, and yes, very beautiful woman that is both driven and pushed by something that allows her to step boldly and blaze a trail for others to follow.

Here are a few other things that you might not have known about Leeann.

10. Leeann is a self-admitted tomboy.

Now when some some women call themselves tomboys they might mean that they don’t mind getting dirty, they like dressing in comfortable clothing that’s not all that elegant, and they enjoy what are traditionally called ‘guy’ things on occasion. In Leeann’s case she’s more of a guy in some respects, as far as what she’s into, than a lot of men out there. She’s all woman, but she has a tomboy way about her that’s hard to miss.

9. She worked as a Hooter’s waitress before she took up modeling.

There is still something of a stigma about working at a place like Hooters but it’s been broadened throughout the years to include more than just the idea that the women working in tight tops and bottoms are brainless, it’s that they’re not ‘real women’ since a lot of them are in great shape and seem to make other women that are bigger in body feel a bit inadequate. It might be time for folks to look over the hiring process for such places.

8. Eventually she became a regular on Fox Sports.

She is definitely into sports and has commentated on a lot of different events throughout her career thus far. She’s proven knowledgeable about several sports and what she doesn’t know she goes and finds out. This is a person that is driven to do her job to the best of her ability.

7. She was done with high school after 3 years.

This isn’t too uncommon but it doesn’t happen every day as the strict requirements to graduate seem to increase per year with some districts. But Leeann was seemingly eager to get going with a career and make her way into her field of choice.

6. After high school and before college she was on Star Search.

This was her start on the small screen and to be honest it’s not a bad show to have started with since at one time its popularity was quite high and it was a program that was able to get people noticed.

5. She flew with the Blue Angels and skydived with the Golden Knights.

It’s enough to make you shake your head to just think at what she’s done in her life at this point. Leeann is the kind of person that doesn’t seem able to sit still very long and is always on the go it would seem. Skydiving with the Golden Knights seems impressive enough, but going up with the Blue Angels has to be something amazing.

4. Leeann has spent some time at various NFL training camps.

She actually learned the positions and how they operate within the game, that’s enough right there to make a lot of men drop their jaws and possibly fall in love on the spot. But quite honestly it’s just another reason to shake your head and wonder if she’s a real person or an absolute dream.

From the NFL to MLB to NASCAR to the UFC she’s been so invested in sports that it’s hard to think that there’s much she hasn’t done or seen at this point in her life. Something seems to indicate that getting into a sports trivia challenge with her would be a bad idea for someone that doesn’t know as much as they think.

2. At one point she was the host of NBC’s National Heads-Up Poker Championship.

It’s not exactly as exhilarating as the other sports she’s covered but it does expand her repertoire just a bit and allows her to say that she’s as inclusive as she can be in her coverage.

1. She’s been in the Frederick’s of Hollywood catalogs more than any other model.

That’s not a boast that a lot of models can make about any publication they’ve been in, so yeah, impressive.

I think ‘wow’ about covers it at this point, in the best and most respectful way.