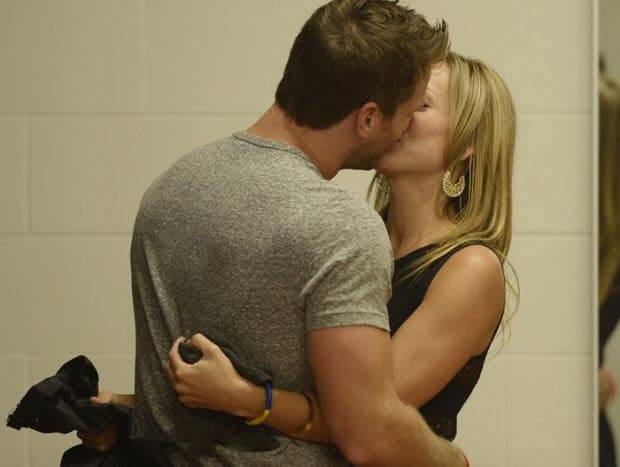 Last night’s was the second half of a two-episode week for Season 18 of The Bachelor. Last night was a terrible night for Juan Pablo. After 8 episodes in which we saw his stock and popularity plummet as the show’s leading man, things finally came to ahead when Andi called him out for everything we suspected he was… to no surprise.

The two-hour episode focused on the three remaining women and their full-day/overnight fantasy suite dates. It was everything you’ve come to expect from Juan Pablo, who’s primary focus was “getting alone time with no cameras” with the ladies. It seemed like the focus was all about the fantasy suite overnight portion FOR HIM, which, while it is the theme of the show, has never been so intense with previous bachelors.

First up, Clare. The two have a nice romantic day on the water in St. Lucia. One of the interesting things about this episode we found was that the two remaining chicks who seemingly have no depth to them whatsoever are enamored with Juan Pablo while the one with any brains finds out the true J.P. The best part about Clare is the entire time during her date she discussed how she wasn’t sure she was going to accept the invitation to the fantasy suite when everyone in America knew she was. Come on, Clare.

Nikki has a full day date with Juan Pablo. She like Clare, is enamored with Juan Pablo (both said I love you by the way). Nikki tantalized fans with her raunchy outfit and just confirmed she’s about as shallow as Juan Pablo. A perfect match. The two went horseback riding, had a great day and of course Nikki was more than willing to spend the night with J.P. in the fantasy suite.

Now the real drama, the attorney Andi wasn’t so enamored with Juan Pablo. After spending the day with him in a waterfall (by the way, does she always wear these weird one-piece bathing suits?), Andi also accepts the invitation to the fantasy suite. While watching the two you could see they were on a different level of … intellect? After the night, Juan Pablo says the night went great and Andi said it went terrible. But why?

Knowing Juan Pablo we all assumed something out of bounds happened, but that wasn’t the case. Apparently, Juan Pablo was Juan Pablo during their night together. According to Andi, the conversation was so one-sided and all about him that she couldn’t take it. He even bragged about his night with Clare. He told her that she made it to the top 3 by “default”! Hilarious. Things eventually get heated when Juan Pablo reveals how dumb he actually is during their conversation before the rose ceremony. He keeps telling her it’s “OK” and “she barely made it there” and she just tears into him. Honestly, I couldn’t figure out if he was just saying this stuff or he actually didn’t care she was leaving and pissed at him.

So ultimately we found out two things – Juan Pablo is not smart and he’s really a shallow person. He blames his lack of English fluency on his conversation with Andi, but it goes way beyond that. Andi made him look absolutely foolish and also solidified her spot on The Bachelorette next season. The damage is done – so now we just wait out the season and see what happens, but this was the end-all for Juan Pablo. It’s going to be interesting to see him get teared to shreds next week by all of the ladies. ABC is shaking their heads right now – they really missed the mark.