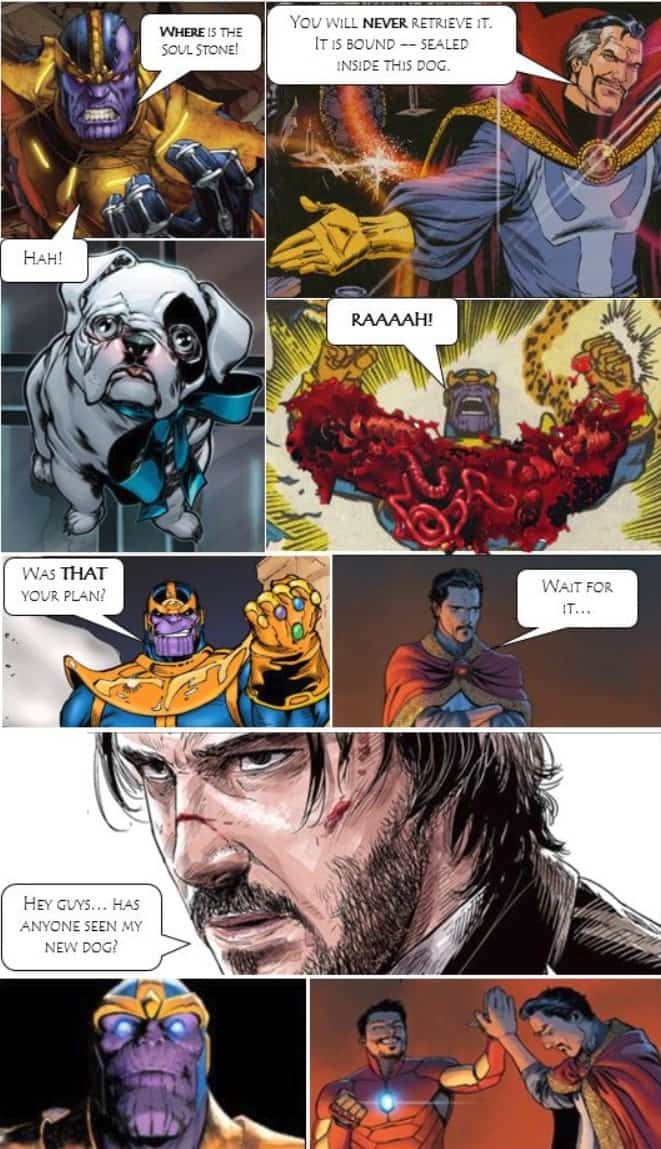 There is no question that both John Wick (played by the well-known Keanu Reeves) and “Avengers: Infinity War,” are two pretty famous movies. However, there is a fan who has successfully merged the two together. Now some may say this just isn’t right — Wick has no place with all the super-human super heroes in Avengers; however, there are others who completely disagree.

In the artwork, Wick is seen among the Avengers, just as fierce and powerful as they are. While it is still not clear as to where the artwork actually came from, most believe it was created by someone on Twitter. There is also a rumor that the artwork was inspired by a past tweet regarding Wick and the biggest heroes on Earth crossing paths.

The comic strip that was created is actually pretty clever and combines the continued search for Soul Stone, as well as the ongoing joke that no one really loves dogs as much as John Wick does.

The panel is also pretty amusing and those who have seen it will understand. After all, at one point, Reeves was actually tipped to join in with the MCU and possibly play Doctor Strange. There is still a pretty good chance that the now 53-year-old actor could join in with the highest grossing franchise ever. However, Reeves does seem a little busy with his ever-expanding universe of John Wick.

If you love the Wick Universe and are definitely an Avenger follower, then this mash-up is likely pretty appealing to you. It is something that may come to fruition in the near future — the only thing that you can do, however, is wait and see what happens. Be sure to stay tuned to make sure that you don’t miss out on what is coming next. 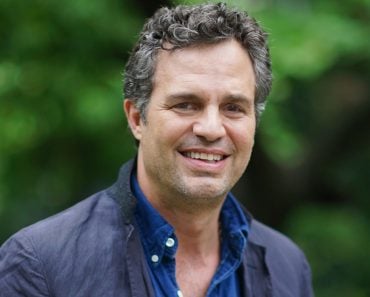 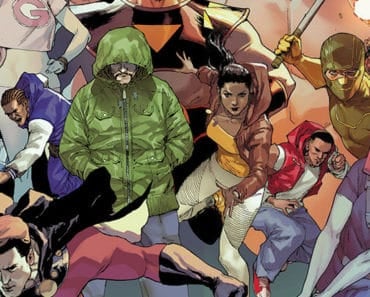 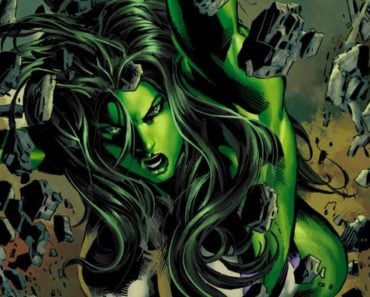 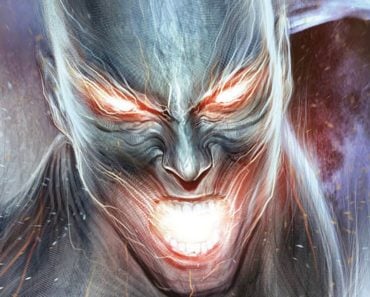 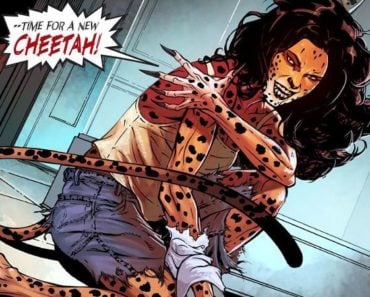 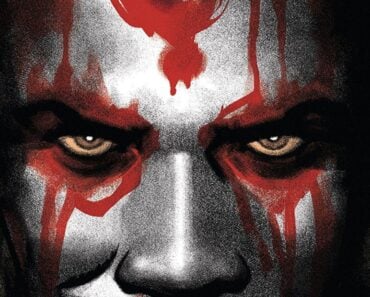