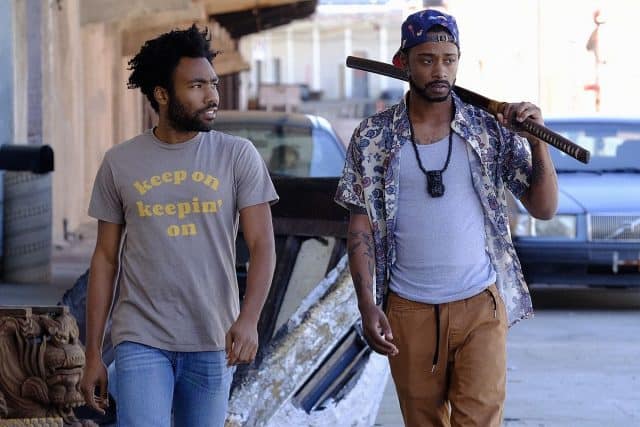 Perhaps the thing that draws you into Atlanta is the realness of the world and the characters that inhabit it. It’s not hard to feel something for Alfred, who is trying his best to make a life for himself, or Earn, who’s trying to figure out how to be a father. It’s easy to relate to Vanessa, with her as a working mom, and Darius, whose weirdness is grounded in some sort of truth, even if it makes no sense to everyone else.

This closeness and intimacy was forged in three episodes; forged through some of the most subtle, quiet thematically-rich television that you’re ever likely to see. It captures a city, and it’s inhabitants, without letting us know that it’s doing it. Very few shows ever reach that level of competence, and almost none reach that level of understanding. To do it in three thirty minute-ish episodes is nearly unprecedented.

It is the subtlety and level of skill that puzzles me when watching this fourth episode. It’s still a great episode of television; the friendship that slowly grows between Darius and Earn would make this worth watching by itself, but it’s lacking something that those first three episodes did not. This fourth episode of Atlanta, instead of showing us the world and it’s complications, instead shook it in our face.

The Zan character is funny, and has traits I recognize, but never feels like a fully-formed human being. This is only the first appearance of what I assume to be many, but Zan felt more like a caricature of a person than an actual person. It often felt as if Alfred was in a different show when he was interacting with Zan; the clenched jaw and the rising tide of anger that drove him to seek out Zan at his job bore no resemblance to the Roger Rabbit cartoon character that he encountered.

What, thematically speaking, are we supposed to take away from Zan? Is this only a shot at the YouTubers and Viners and other social media “stars” who exist on the periphery of pop culture? Zan makes some noise about just being a hustler like Paper Boi, but it’s immediately undercut but the fact that he’s driving around a little boy, who turns out to not be his son but his business partner. We’re treated to this extended shot of bleeped cursing and his pixelated face, which is admittedly really funny, but that’s all we seem to be going for. If Zan is just a caricature, then he doesn’t fit in this world. If he’s just a joke, he doesn’t fit in this world.

The Darius and Earn plot line is both much more interesting and much more nuanced.

It’s becoming more and more clear that Earn thinks he’s better than his surroundings. He is very cool towards Darius, side-eyeing almost every thing that he said (which, to be fair, is not hard, considering that Darius is a strange dude). But Earn gets angry at Darius, for not getting him the money he thought he was promised; but the problem with that is that Earn was so intent on not speaking to Darius that he never let Darius know that he needed the money immediately. Darius asked him if he needed the cash now, Earn said no; Darius then put his plan into action.

Earn dropped out of Princeton, but there is a still that Ivy-league arrogance about him. It’s being stripped away, one episode at a time, one regular-life indignity at a time, but he’s still not there yet. It’s not explicit, and hell, I could be seeing ghosts, but that pairing down of Earn’s character into someone more kind to those around him is something that I am very much looking forward to watching.

In short: This show is still dope, and it’s flaws only highlight it’s incredible strengths.

Darius buys a sword, Alfred goes after a troll, and Earn gains a friend.